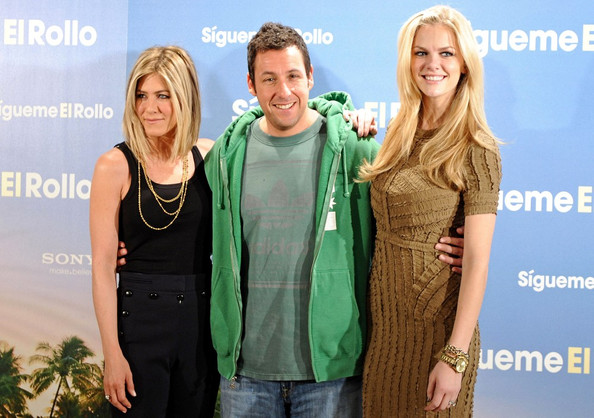 The modern movie landscape is a tough one for the guys who get their “men’s rights” offended on a nearly-weekly basis. There are just too many women taking over the screen: kick-ass women like Charlize Theron in Mad Max: Fury Road, funny women like Melissa McCarthy in Spy, non-traditionally beautiful women like Amy Schumer in Trainwreck, friendly women like the ladies and Pitch Perfect 2, and women who just don’t give a damn like Kristen Stewart in basically everything she does. Don’t fret, dudes: old white dudes still run Hollywood, so as long as they’re in charge — which will probably be forever, let’s face it — the theaters will still be a bro-zone and we’ll get to continue experiencing these wonderfully-tired tropes in all their glory.

The Shlub and the Babe

The Status Quo: Nobody truly believes the old men in Woody Allen movies can get the women they do, but they do anyway. Sideways was a box-office hit and an Oscar winner, despite no world in which the stunning Virginia Madsen would have to go with Paul Giamatti. Every one of Philip Seymour Hoffman’s love interests in Synecdoche New York was more stunningly beautiful than the last. Adam Sandler has spent his career casting women that ought to be out of his league (Kate Beckinsale, Salma Heyak, and Jessica Biel, to name a few). While we’re not saying that ‘ugly’ people should only be romantically linked with other “ugly” people, when Maggie Gyllenhaal is being told she is too old to play the love interest of an actor 20 years her senior, something has to change.

The Challenge: Spy delivered a wonderful twist to this tiresome cliché by having Melissa McCarthy’s character be pursued by a suave Italian spy that she appears to be none at all interested in, which is just one of that film’s many wonderfully subversive moments.

The (Male) Chosen One

The Status Quo: The “chosen one” is such a pandering plot device, usually designed to give the allure of anybody being able to do anything. If Harry Potter can be the hero with his skinny frame, dorky glasses, and outcast personality, then maybe so can you! These chosen ones, however, are almost always boys and always white. The internet is full of fan fiction and think pieces that hypothesize Hermoine Granger being The Girl Who Lived or Frodo as a woman hobbit, and it’s hard to imagine them not being just as good on the big screen.

The Challenge: For all the criticisms leveled at Young Adult fiction as just pop-lit, at least they allow for this sort of female-fronted action in the fantasy landscape. Katniss from The Hunger Games may be chosen by fate, but she’s certainly an unsuspecting leader.

The Status Quo: That guy who believes in aliens, but who everyone calls a wacko? That hacker who sits alone in his home all day? The scientist whose radical methods got him kicked out of the field in shame? What do they all have in common? Apart from always being men, they were right all along! As is inevitable in the sort of situations dealing with the fantastical – think everything from Independence Day right up to new CBS drama Zoo – there’s always somebody who knew the truth all along, and they must help save the day right after they get vindicated. So next time you meet someone labelled a loner weirdo, it might be good to be their friend.

The Challenge: Terminator Genisys turned it into a gag with J.K. Simmons’ character muttering his “robots from the future!” stuff, bumbling through the action, and never being paid attention to. Even Pixar’s Inside Out played with the trope, but made it work due to the complexity of its storytelling.

The Status Quo: Women will either have sex with their clothes on, or instantly cover up with a bed sheet under their chin the moment the man rolls off of her. But it’s not just women who seemingly have to clutch at fabric for the last remains of their dignity. Men, too — despite having just been erect in front of (and, ahem, inside of) their lover — will instantly put on underwear or pants the minute coital bliss has been achieved.

The Challenge: Amy Schumer, that sexually-brash comedian who writes and stars in Trainwreck,  has John Cena show almost everything off before getting shy and covering his private parts with a towel for some reason that doesn’t even make sense in the scene. Not that we’d ever expect to see it in a major Hollywood motion picture, but at least Austin Powers hid the sausage with an actual sausage

The Status Quo: Men in movies routinely have ex-wives who really want to be with them again despite their former husbands being terrible partners. In Hollywood, you can be on the brink of divorce and then renewing your wedding vows within just a couple of hours. It’s hardly surprising that the men paying the divorce fees and alimony payments to the ex-wives they screwed over want to watch movies in which women pine for their exes.

The Challenge: Ant-Man is ultimately silly fun, but there’s a moment where Paul Rudd’s character is confronted by his ex-wife with the fact that he owes her child support after being in prison and that she has a new boyfriend who is shown to be a good guy. She has nothing else to do in the movie, but it’s a rare moment of a lovably rogue character not getting what he wants and not being able to do anything about it. 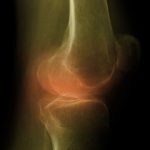 Who’s Got the Strongest Sex Drive, Men or Women? 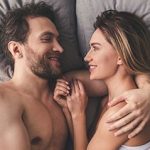 People getting their COVID-19 information from social media are more likely to receive... more»