“I have a good poker face because I am half dead inside.”

It’s the best opening line to a book I’ve read in the past few years, and maybe in my entire lifetime as an avid reader. Talk about a hook. To me, it’s on the same level as “Call me Ishmael,” as far as succinct opening sentences go.

It’s the first line of The Noble Hustle: Poker, Beef Jerky, And Death,by Colson Whitehead, a writer from New York who is so ridiculously good with words that if you read his work and have any writer-ly aspirations whatsoever, you will be either greatly inspired to write better, extremely envious of his abilities, or both.

And you will not read a review of his poker book without the reviewer writing something about his opening line.

When Bill Simmons launched the behemoth sports and pop culture website Grantland in 2011, I was unfamiliar with Whitehead’s writing. I’d read about how talented of an author he was, but I hadn’t consumed any of his stuff. Part of the site’s launch of a murderer’s row of writers included Whitehead’s serialized long form essay on his experiences competing in the 2011 World Series of Poker’s Main Event. Grantland had staked Whitehead’s entry fee, and the agreement had been that instead of being paid on top of that for his pieces, he would be allowed to keep any tournament winnings, if he acquired any.

The essays were insanely entertaining and well-written in a style so unique that it really can’t be imitated. (In this way, Whitehead is like the late David Foster Wallace. Try as you might, you cannot write like either of them, but people will immediately realize you were attempting to.) Whitehead blended poker strategy and tourney tell-all with personal anecdotes and asides that gave you a look into what he was going through at the time, which was a divorce, his first attempts at splitting custody of his young daughter, and his general pessimism and penchant for constant and fierce self-deprecation.

I found myself wanting to read more about Whitehead’s poker tournament experience, as well as the personal anecdotes he earnestly conveyed in his essays. (This may have been due to my own penchant for self-loathing, and a desire to be able to express it in an eloquent way, or to find somebody who could and did.)

So I was super excited when Whitehead came out with an entire book detailing both. This is significant because I’m not the kind of person who reads books about poker, on account of my not really caring much about poker. I was the guy in high school who would try and split the pot eight ways so we could all go watch V For Vendetta again. But Whitehead is of the very tiny ilk of writers who can write about absolutely anything and make it superbly entertaining.

He proves his ability to do so, once and for all, with The Noble Hustle.

The main topic is, ostensibly, poker. Whitehead provides some very great insight into what it’s like to go from a $5 buy-in game at a friend’s house to actual competition against folks who are playing for their livelihoods, and what kind of preparation one might go through beforehand.

But the underlying motif that steals the prose show is Whitehead’s self-loathing and general unhappiness with his life. In the tournament, Whitehead wrote that he represented “The Republic of Anhedonia.” Anhedonia means an inability to experience pleasure from normally pleasurable acts.

For the underemployed and mostly unhappy people who make up most of the country and world, ingesting Whitehead’s writing serves as a sort of catharsis and an exercise in empathy. He’s able to write what we were thinking in dark times but were unable to actually articulate in any way that our brethren would understand.

In short: Whitehead gives a voice to the Republic of Anhedonia.

And he does it better than any other writer I have come across.

If you don’t believe me, consider the haters of this entertaining book: most of the negative reviews I’ve read about The Noble Hustle have been based on the thesis that Whitehead gripes too much and is, essentially, emo despite the fact he has a pretty great life—a life any writer ever in the history of the world would aspire to (except maybe Thoreau because of all his weird nature fetishes and stuff, and of course Salinger, who couldn’t be bothered to come outside long enough to get his recommended daily dose of Vitamin D).

I submit this New York Times review as a glaring example. It’s blatantly obvious that the reviewer was hate-reading Whitehead, trying (mostly in vain) to find flaws in each sentence. It’s also readily apparent if you read between the lines that the reason for this is jealousy. The reviewer didn’t dig that Whitehead was so self-loathing when he had graduated from Harvard and received multiple grants and published a slew of critically-acclaimed novels and a particularly stellar essay collection. (Hater’s gon’ hate and whatnot.)

The reviewer hated Whitehead’s book because he was unable to understand that your standing in life and society aren’t always what dictate or even influence your happiness. (I was introduced to this thought by Chuck Klosterman, but am unable to locate the Esquire story about Kobe Bryant where he expounded on this notion.) To think that Whitehead should be happy based only on the fact that he is really adept at his chosen livelihood does not mean that he should be a happy person. (It’s like automatically assuming that Michael Jordan is a happy person.)

No matter who you are.

We Need To Murder #nomnom 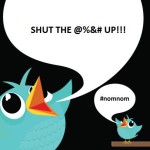 Essentials for Growing Tasty Herbs on Your Windowsill 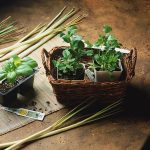 Whether you have a dedicated space in an outdoor garden or just a few buckets on a small patio,... more»

An Argument Against Rising Through The Ranks 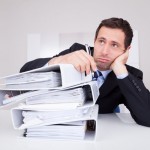 Not exactly what you dreamed of, right? more»