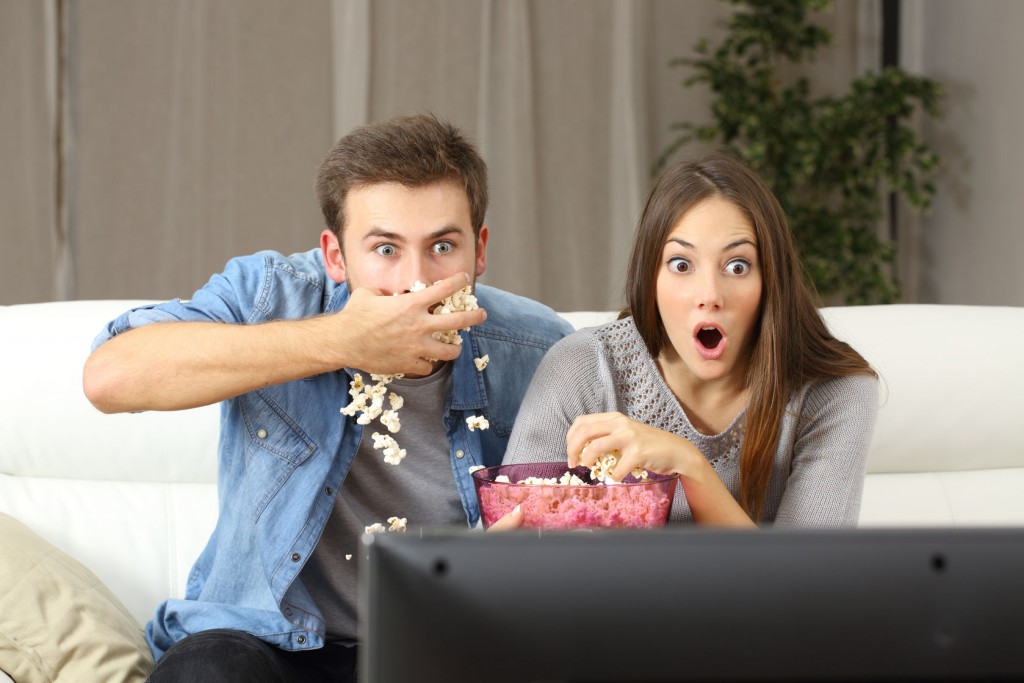 Look, we all know what “Netflix and chill” means. If you don’t then I guess you’re in for a shock when I say it doesn’t really involve Netflix at all. Which, if we’re being perfectly honest, is a bit of a shame, since schlepping out after dark to somebody’s apartment for disappointing sex is a real drag. At least if we’d gotten to watch a movie first, the evening might not have felt like a total bust.

Now this weekend having Valentine’s Day and all, I’m sure there will be many of you out there interested in simply sending a “Netflix and chill” invitation to your not-so-significant other. But maybe you should use this day to actually, maybe, just once, actually watch a movie. Or what about spending some time with that person from Tinder that you spent countless lonely hours trying to coax into meeting up, actually doing something with them beyond bonking? Of course, picking a film to watch can be fraught with issues – do you wanna go kinky and potentially scare them off? You could scare them worse with something deeply romantic, too. Depending on who it is you’re actually inviting over that night, here are some recommendations that should hold you up in good esteem as a man of taste and refinement.

If you want to get romantic…

Valentine’s Day ought to be a romantic day. Your heart should flutter and your smile should be impossible to remove with all the feelings you’ve got going on inside. Director Gina Prince-Bythewood has somehow managed to conjure that feeling — twice — in Love & Basketball and the Oscar-nominated musical Beyond the Lights. Extremely attractive actors make these two movies even more perfect viewing.

If laughing makes you feel sexy…

It’s actually rare for a movie touted as a “rom-com” to be both rom and com. That’s why films like Moonstruck and What’s Up Doc? makes for perfect movies for Valentine’s Day. After all, isn’t laughter the greatest of aphrodisiacs? What’s Up Doc is a throw-back to the days of screwball-antics past, with Barbra Streisand (looking the sexiest she ever has) and Ryan O’Neal play witty, bumbling love interests in a case of mistaken identity in San Francisco. Moonstruck stars Cher as a woman falling for a man with only one hand (Nicolas Cage!) while engaged to another. Snap out of it!

If you want to get a little kinky…

Movies about fetish sex can be tricky propositions at the best of time! Is a movie about wound sex (Crash) a good choice? Unlikely. Is a movie about a Nazi soldier and a concentration camp survivor in a complex S&M relationship the best film to press play on for Valentine’s Day? Probably not. And while Fifty Shades of Grey certainly made BDSM a more popular avenue for sexual encounters, you might be wiser to give Venus in Fur a shot first. Based on the Tony-winning play, it has witty dialogue and eventually unfolds into something else entirely from what you may have originally expected. But, hey, if seeing somebody beg to be a human toilet turns you on, there’s always The Duke of Burgundy!

Venus in Fur is streaming on Netflix and is available to rent on iTunes, Google, and Sony.

If you get nostalgic for the ‘90s…

The 1990s were pretty damn great for the Hollywood romantic comedy. While perhaps none were better than the Tom Hanks/Meg Ryan/Nora Ephron double of Sleepless in Seattle and You’ve Got Mail, why not give Sandra Bullock in While You Were Sleeping another shot? She’s great in it, and it’s just adorable.

While You Were Sleeping is available to rent on iTunes, Google, Vudu, and Sony.

If you swoon over corsets and costumes…

Petticoats, parasols, and poetry. There are worse ways to spend an evening than swooning over Abbie Cornish and Ben Whishaw in Bright Star. This Oscar-nominated period romance is a biopic about John Keats and Fanny Brawne, but not the typically bland birth-to-death Oscar-bait biopic you might expect. It’s sensual and playful and dreamy.

Bright Star is available to rent on iTunes, Google, Vudu, and Sony.

If you just want to see sexy naked people…

In the Realm of the Senses is available to stream on Hulu.

If none of these appeal to you…

You know, you could always just watch a kick-ass movie. Just because a movie is “about love” doesn’t mean it will be any good. And, trust me, if hooking up is still on your to-do list, a good movie is more likely to get you in the mood than something crap. 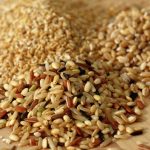 When it comes to getting the best taste and the greatest nutritional value from grains, keep it... more»