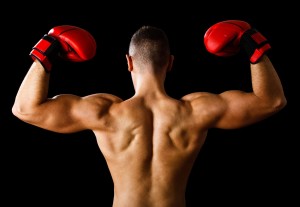 I never knew how deeply I desired a George Zimmerman vs. DMX boxing match until it was brought onto my radar as something that might actually happen in real life.

Then it became the one live event I wanted to witness more than any other live event, including a Prince concert and Morgan Freeman reading Pablo Neruda poems in a serene park.

Recently, news broke that Zimmerman, the guy found not guilty in the shooting death of Trayvon Martin in Florida, the land of outlaws where normal rules do not seem to apply, was going to go three rounds with mostly irrelevant rapper DMX.

Upon hearing this news, I immediately commenced an internal battle over whether I would pay pay-per-view fees to watch Zimmerman probably get beat up by DMX, a maniac who likely does not need a gun to make people feel severe pain. After five minutes, I decided that I would definitely watch it, all ethical gripes aside—and there were a great many—and allowed my imagination to run wild with what sorts of things could happen before, during and after this fight to make it the greatest thing I have ever watched on live television ever. (And I saw the Auburn field goal run-back against Alabama live a couple months ago.)

Then, over the weekend, all of my dreams were unceremoniously shattered. I woke up on Saturday morning to news that Damon Feldman, the fight’s organizer, had called it off in response to rampant public outcry.

Of course I don’t think George Zimmerman should get a big payday because everybody hates him since he shot a defenseless kid. But since I desperately want to see him get beat up, I still hold out hope that this fight will happen. DMX said he would “gladly beat the s**t out of Zimmerman,” but that the proceeds that were to go to Zimmerman would have to be for charity. I think that’s a great idea.

Here are 15 things that would make it even more awesome than anticipated if ever a Zimmerman vs. DMX fight happens.

10. A rogue audience member chucks some loose Skittles onto the ring. Zimmerman slips on one and is immediately concussed.

13. Before the main event, Farrah Abraham is made to fight Muhammad Ali’s daughter.

14. Kanye West makes a surprise appearance to help DMX beat Zimmerman’s ass. DMX then subsequently beats Kanye West’s ass, and makes like he’s going to take Kim Kardashian home with him before dumping her out on the street in the middle of nowhere.

15. America and the entire free world discover that they love watching DMX fight people that are easily hateable, and somehow a DMX vs. Justin Bieber boxing match is scheduled.

Baring All: Naked In Spain 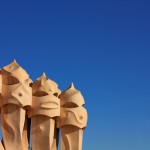 But where does one put their wallet? more»

The White House coronavirus task force coordinator warned Americans on Sunday that the pandemic has... more»