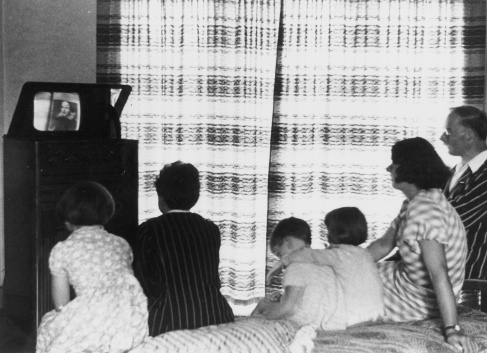 Of course you do, because you wouldn’t be a human being if you didn’t. What a golden age of television! Bob Saget was a god, worshipped on two different TV shows for a while. We all popped popcorn and gathered around the tube to catch up with all our pastel-garbed friends. Nowadays, even the best sitcoms are mere shadows of the shows that once commanded our attentions. So without further ado, we present the top five best sitcoms of that great period of time we call the ’90s.

5 – Wings – This breezy drama center around a dinky airport on the island of Nantucket. It was funny, it was sad, it was ludicrous. Who can honestly say they don’t love Joe and Brian Hackett? Not ro mention Lowell Mather, the dim-witted and lovable airplane mechanic. This show jump-started several careers, including those of Thomas Haden Church and Tony Shalhoub. Also, the entire series is on Netflix, so you really don’t have excuse not to revisit this gem.

4 – Frasier – After the comedic juggernaut known as “Cheers” came to an end, everyone’s favorite psychiatrist, Frasier Crane, moved back home to Seattle and reestablished a relationship with his brother and father, and the rest is dry gold. When Niles and Frasier aren’t trading witty barbs, Roz and Daphne are dropping blunt and hilarious anecdotes. Calling a sitom “charming” is dangerous, but whatever, “Frasier” is charming.

3 – Full House – It’s difficult to really define the impact this singleshow had in its day. Of course, now the Olsen twins are fashion moguls and Bob Saget’s humor is continually headed toward more nauseating territory, but in the era of “Full House,” this lot had all of America convinced that they were the perfect family. Seriously, who didn’t love Uncle Jesse and Uncle Joey? And an entire generation of girls idolized D.J. and Stephanie Tanner. They were a pack of wholesome outlaws always on the search for family-friendly adventure. Have mercy.

2 – Friends – Few televions shows have ever garnered the kind of acclaim and adoration that was showered upon this show. As a blend of both incredible writing and superb acting, the folk who lounged at Central Perk were continually falling in love, fighting it out, and getting up to ridiculousness and we couldn’t get enough of it. To this day, the entire cast is regularly asked if and when a reunion will happen.

1- Seinfeld – At that place in the road where Larry David’s writing meets Jerry Seinfeld’s performing, a thing of beauty occurs and it is something to watch. The world was never the same after Cosmo Kramer bumbled onto the scene, and loving to hate that insufferable basket case, George Costanza, became a national pastime. As observational humor, no program will ever top this show’s ability to make the mundane hilarious. It is the best sitcom ever (which is why it places at number 1), and that’s not likely going to change any time soon.

Everything You Need To Know About ‘Interstellar’ 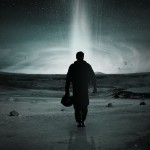 You're about to have your mind blown. more» 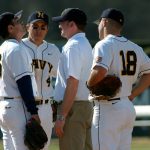 Why Do Women Date The Slob? 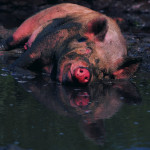 bet you all the girl-piggies go to HIS market. more»