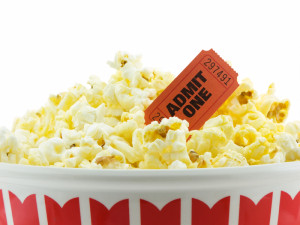 With awards season upon us and so many crazy and incredible movies in the theater (Did you see The Wolf of Wall Street? Aggh! The Quaalude-addled delirium!) it’s hard to believe a whole slew of exciting and thoughtful pictures are headed your way, but time marches on and so does the dream machine we call Hollywood. These are the brightest and best to look forward to in the coming weeks.

The Monuments Men – Take a covert mission during World War II, add George Clooney, Bill Murray, John Goodman, Paul Giamatti and Matt Damon, then create a ticking clock scenario and you’ve got a crowd-pleaser with heart. Based on a true story, Clooney and the gang play a team of art experts sent into battle zones to secure some of the world’s finest art before the Nazis destroy it.  Feb. 7

Robocop – This reboot of the classic action film is finally upon us. With a terrific supporting cast (Samuel L. Jackson, Gary Oldman) and some expensive-looking visuals to boot, expect this futuristic shoot ’em up to please the 13-year-old in all of us. Feb. 12

Pompeii –  This is the first sand and sandals actioner of 2014, but it will not be the last. Set in 79 A.D., a gladiator named Milo must fight to save lady- all while Mt. Vesuvius is erupting. Insert volcano pun here. Feb. 21

The Grand Budapest Hotel – For fans of Wes Anderson, this one is a must-see. Starring Ralph Fiennes in what appears to be a stroke of comedic genius, this romp centers on a legendary concierge and his lobby boy. Expect an astounding soundtrack and plenty of people walking in slow motion. March 7

300: Rise of an Empire – The carnage of 300 takes to the sea in the sequel (prequel?). Xerxes, the super-tall god king returns looking as un-intimidating as ever. The beautiful Eva Green also makes an appearance as the vengeful Persian Naval Commander Artemesia. March 7

Muppets Most Wanted – Our favorite frog and the gang return in this comedy-slash-caper. While the crew are touring europe, they themselves immersed in a scandal when Constantine, the world’s number criminal (and fellow frog) entangles Kermit with the law. Tina Fey and Ricky Gervais tag along. March 21

It’s Getting Tougher to Afford Health Care, Even With Employer-Sponsored Insurance 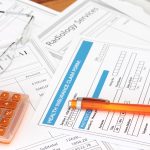 As School Starts, Pack That Lunch With Nutritional Goodies 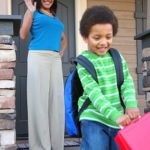 Planning for your children’s return to school this fall should include thinking about how to... more»

Was Football Safer Back in the Day? 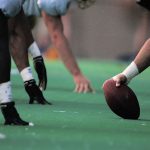