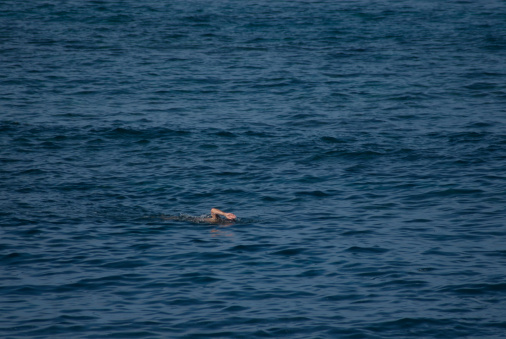 I’m hanging out at a show with my buddy Mike at Branded Saloon, a Western-themed joint with all the stuff I like in a bar: White trash bingo, pulled pork nachos, and solid cocktails. They also have a back room with shows, which was why we were there. The place is pretty small, so when it’s packed bathroom waits can be a bit tricky. That is the situation Mike found himself in.

Being a couple of drinks in, Mike hit a crucial moment in his evening, which is a risk assessment of whether or not he can hold it. After careful analysis, he decided it be best if he found a bathroom elsewhere. With a mumbled “I’ll be right back,” Mike ventured out into the night to find a bathroom. I did not see Mike again until way after the show ended and I was settling up to head home. This is the account of what happened to Mike as best as he remembers, with some bits filled in by myself for color (kinda like What Is The What but with less refugees and more alcohol).

The spot Mike decides to go to is Mitchell’s Soul Food. It’s nearby, welcoming, and smells like fried chicken. After having properly vacated his bladder, he walks out of the bathroom and takes a quick respite at the counter. Having to hold it like that can be an exhausting experience (both mentally and physically) and composure must be regained.

It’s at that moment that Mike realizes just exactly where he is. He is in a soul food restaurant. Holy shit. This needs to be appreciated. Mike orders fried chicken with a side of mac and cheese and some collard greens. Slice of cornbread too? Sure, why not. Naturally that needs to be washed down with a beer. As the final chicken bone rattles onto the plate, Mike takes a deep breath, then notices the dessert display. That would really make this meal next-level, he thinks. It would be insulting not to order a slice of the coconut cake. What of all those coconuts that gave their lives to make such a perfect confectionary concoction? Yes, he must get a wedge.

The cake is, in a word, divine. As Mike shovels the last forkful into his mouth he smiles, his eyes half-closed and his soul happy. Wait what was it he was doing? How did he end up here? Oh right, the show. He ambles out of the restaurant. Which way was the bar? Hmmm. Oh here’s a nice-looking bar. He should go in and ask the bartender where the show’s at. The bartender would know. Bartenders know pretty much everything. They’re so smart. Oh they have picklebacks here? Mike is a fan of picklebacks. He should order one for himself and the bartender. After all, the bartender will help him get back to the show.

A couple of shots later, and Mike’s ready to go home. He walks towards the general direction of what he thinks is the subway. A couple of blocks later he’s lost. That’s when he hears the sound of a custom truck horn blasting at him. The source? A tricked-out dollar van. Now, if you don’t know what dollar vans are,  they’re basically 15 passenger vans that are run by West-Indian folks, and are an unofficial bus system in areas where mass transit is scarce. In order to attract customers, the vans are tricked out with chrome grills, custom rims, and the aforementioned custom truck horns. Mike figures that this is as good an option as any, so he pays the $2 (inflation is a bitch) and hops on.

Mike shares a bench with an elderly Trinbago (a portmanteau of Trinidad and Tobago for you uneducated fools) woman. He discuss the finer points of coconut cake, and she tells him the best place to get curry and busted-up shut (roti for you non-island people). He tells her where he’s trying to go, and she informs him that he is, in fact, going in the complete opposite direction. His heart sinks. He was having such a wonderful evening. Then he notices that while he’s going in the opposite direction of home, he is going in the right direction to go to Branded Saloon. Suddenly his memory returns. The show. His friend Patrick. The bathroom.

He jumps out at the next dollar van stop, and moseys on up to the bar, just as his friend is settling up his tab and wondering what the hell happened to him. When I see him I ask him where he was. “Dude,” he says “I had the craziest night.”

(HealthDay News) — That persistent tickle in the back of your throat may be diagnosed as... more»