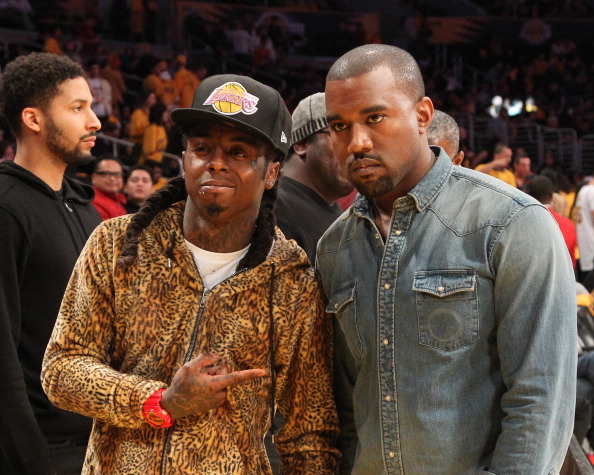 I love having a rousing and engaged conversation with people among a wide range of topics. To me, it’s in those sometimes-heated exchanges that the true fibrous connections you can have with a person are formed. My parents seemed to understand this, as they challenge me on a wide range of topics to this day (sorry guys, you can hark on the benefits and cultural importance as much as you want, I’m just not ever going to like fish).

I bring that zest for conversation to my friends. The following is an analysis of a discussion I’ve had with several of my friends. It is on a deep and culturally-relevant topic. Namely, Yeezy vs. Weezy.

Now if you don’t know who Yeezy or Weezy are, they are Kanye West and Lil Wayne (respectively, of course). I don’t know why they called themselves those two names, though methinks it was Weezy that first christened himself thus. Certainly he seems to be the first person to popularize it, mostly by saying it about every 5th word. Kanye seems to have been the person to ruin it by calling his album Yeezus (though I found Lily Allen’s Sheezus take on it pretty funny), and Drake is just an idiot for going by Drizzy. OK, so that’s cleared up. Back to the topic at hand.

I don’t think this is going to come as a surprise, but I am not well-versed in rap history. I mean I can spit some mad rhymes if you, um, give me some time, but ah, hell, sometimes I’m so white it hurts. Point is, this is just my personal take on the matter. I mean I know that you don’t mess with the Wu and that Dilated comes first the rest and are second like Stu Lantz but, ya know, take this with a grain of salt. The conversations I’ve had revolved around three main aspects of rapping:

The initial conversation that I had was sparked by this talking point. Kanye certainly has more depth in his lyrical content. It’s no stretch to say that he raps more about socially-conscious topics when compared to Lil Wayne. If you were to break down Lil Wayne’s lyrical content, it would be something like 80% Young Mula Baaaaayby, 10% Women (in some form of derogatory reference), and 10% illegal substances (I’m including any sort of reference to killing and murdering to the Young Mula Baby group, as he’s mentioned ad nauseum that he doesn’t do the dirty work himself, he has someone do it for them).

That being said, Kanye’s lyrics are known to be ghostwritten, specifically by Consequence and Rhymefest, who are much more socially-conscious (and leaps and bounds better) than either ‘Ye or Wayne. Granted, there are reports of Lil Wayne doing the same, but if you’re advocating Kanye is a better rapper due to lyrical content, that hurts your case more. Regardless, that category goes to Kanye. Even if he never wrote a single thing he rapped, he’d still probably have more depth in his content than Lil Wayne.

Here’s where things get a bit tricky. In my opinion, lyrical ability (which to me includes agility) is one of the most important features of being a good rapper. I want a line to completely perplex me. To make me listen to it 10 times trying to figure out the word to word association. Being able to run circles around the English language the way some of these rappers do is incredible. In this, Lil Wayne excels. Some of the sh*t he says is just crazy, but it’s also kinda amazing that he’s able come up with it. Basically it’s because of these lines on Sky’s The Limit that Weezy wins vs. Kanye:

“You looking for divine and a little intervention

And them birds don’t fly without my permission

I’m probably in the sky flying with the fishes

Or maybe in the ocean swimming with the pigeons

And this doesn’t even take into account his lyrical agility. Not a lot of rappers who are as popular as these two dudes can change up their rhythm patterns (e.g. Jay-Z’s flow always sounds like Jay-Z). Lil Wayne is well-known for being able to mix things up on a track-to-track basis. Kanye’s lyrical agility boils down to “angry shouting.”

Clearly Kanye wins this. His discography is staggering. His songs initiate trends in music. But personally, I discount musical ability as an aspect of rapping. To me that’s producing. And Kanye is a genius producer. You can hate the guy for what he says or how he acts, but you can’t deny his talent as a producer. For me, though, rapping is all about the words: which ones you choose and how you say them. And I don’t think that has anything to do with musical ability. Case and point: Lil Wayne’s album Rebirth. I think that a good rapper can take a terrible track and make it sound awesome, and a good producer can cover lacking rap ability (both to a degree, of course).

So who’s the better rapper? Is it Kanye or Lil Wayne? Kanye has better lyrical content, Lil Wayne has greater lyrical ability. Kanye has better musical ability but I think it’s a moot point. To me, lyrical ability is a more defining characteristic of a good rapper. True, Lil Wayne talks about the same stuff most rappers do, but he approaches it from such a weird angle (which he loves pointing out). Plus he’s better at adapting his flow to different tracks. So my money goes with Lil Wayne. And with that, the line has been drawn.

What Makes a Better Baseball Batter? 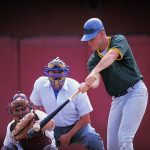 Ace hitters like Barry Bonds and Derek Jeter probably can confirm this: Baseball players with... more»

Are You Eating More Calories Than You Think? 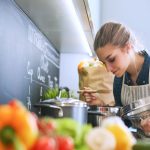 You’ve worked hard to curb mindless eating by not watching TV with a bag of chips in your... more»