While allergists have long known that farm life helps prevent allergies in kids, new research shows the benefit might even extend to adults who live near a farm.

The findings “are indicative of potentially beneficial health effects of living in close proximity to farms,” said a team led by Dr. Lidwien Smit, of Utrecht University in the Netherlands.

This theory was supported “when it was demonstrated that children growing up on farms developed less asthma and atopic diseases later in life,” noted Dr. Alan Mensch, a pulmonologist at Plainview and Syosset Hospitals on Long Island, N.Y.

“This included allergies to grass, dust mites, and even cats and dogs,” he said.

But is there any benefit to simply living near livestock farms for people who aren’t farmers or ranchers?

To find out, Smit’s group surveyed 2,500 adults between 20 and 72 years old who lived in rural areas near farms.

The team then looked at how close participants’ homes were to any livestock farm. Smit’s group found that people who lived within about 1,000 feet of livestock were 27 percent less likely to have allergies than those who lived farther away.

Specifically, people living within about 1,600 feet of a pig farm were 37 percent less likely to have allergies than those who lived more than roughly 1,900 feet away. And living no more than 1,300 feet from a cattle farm was linked with a 32 percent lower risk for allergies, the study found.

Being surrounded by nearby farms (within about 1,600 feet) was also tied to a 4 percent lower risk for allergies per farm, and for those living near pigs, the risk dropped 14 percent for each farm.

The study was observational in nature so it can’t prove cause and effect. But the researchers noted that the protective effect of living near a farm rose over time, especially when exposures had begun in childhood.

Mensch said prior studies have suggested that the very air people breathe near farms may be protective against allergies.

He pointed to one study that found that “elevated levels of components of [potentially protective] gram-negative bacteria were prominent in the atmosphere around farms and downwind in areas in close proximity to farms.”

Mensch said these “helpful” bacteria may bolster the human microbiome — the collection of trillions of helpful germs living in our bodies. And “the less we are exposed to various microbiomes prevalent on livestock farms, the more likely are we to develop allergic diseases,” he theorized.

Dr. Punita Ponda helps direct allergy and immunology at Northwell Health in Great Neck, N.Y. She agreed with Mensch that the Dutch research “reinforces the hygiene hypothesis.” The findings are also “similar to my personal research on the increase in prevalence of food allergy in children,” she said.

“I suspect this is due to a change in our gut microbiome from an overly hygienic [urban] environment and exposure to both low-dose antibiotics in the food supply and higher-dose excessive treatment on common ailments with antibiotics,” Ponda explained. “Some preliminary results do show changes in the microbiome associated with food allergy.”

The Dutch findings were published online April 30 in the journal Occupational and Environmental Medicine.

There’s much more on allergies at the American Academy of Allergy, Asthma & Immunology.

‘Exposure Therapy’ May Work Best for PTSD Plus Drinking Problems 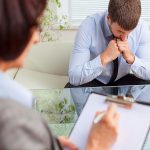 For veterans with post-traumatic stress disorder (PTSD) combined with a drinking problem, the type... more» 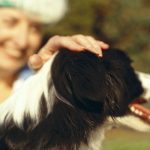 Behold! All the Stuff Morgan Freeman Has Narrated 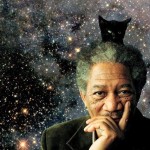