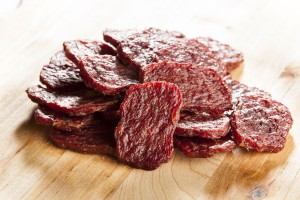 Jerky is just fun. It’s fun to say and it’s fun to eat. There is something about tearing into dehydrated animal flesh that is just so comforting. It’s like ice cream for men, plus it’s a fun, enjoyable way to take care of your protein needs. But you just don’t have to stick with original flavored beef jerky (and please don’t ever snap into a Slim Jim at your age). There are a variety of jerkies and jerky flavors out there that you can try. Below are four great jerkies that you should try, plus one that you must never eat…ever.

1) Teriyaki Turkey Jerky: This is the crack cocaine of all jerkies. One bite and you are hooked. It’s got all the salty goodness of jerky combined with the sweet tang of teriyaki. The turkey tends to be moister than beef so there is a nice give to it – you don’t feel like you’re yanking your teeth out just to get a piece. Plus everyone knows turkey is good for you, so you can eat an entire bag and not feel bad. That’s known in the jerky biz as a “win win.”

2) Buffalo Jerky: Some people call buffalo jerky “gamey” but that is definitely not an insult. It just means that it has a strong, earth flavor as buffalo are considered wild game and you are consuming what they are consuming (weeds, acorns, bark, etc.). That gives this jerky its own unique taste – it don’t need no stinking flavoring! It is also is a leaner meat so it might be a tougher pull, which just means you have to try a little harder to experience the pleasure.

3) Black Peppered Beef Jerky: You know those black pepper potato chips they sell in stores? This is better cause it’s in beef form. Pepper has always been an underrated spice and it needs its due. Original “salty” jerky is good but adding pepper to it makes it special. The salt from dehydrating the jerky and the coating of pepper on it play off each other and go together like…uhh…salt and pepper? Seriously, the two really compliment each other and makes eating beef jerky more than just eating a chewy salt lick.

4) Habanero Jerky: If you like it spicy, this jerky is your jam. It’s not as hot as actually eating a Habanero pepper (Scoville Heat Rating between 100,000 and 350,000) but, yeah; this bad boy brings the flame. Be prepared: the heat of Habanero Jerky hits you later. You may be chewing it thinking, “Meh, it’s not so hot,” and commence shoving more of it down your gullet. Twenty seconds later you will be writhing on the floor in pain wondering why your God has forsaken you. Think small bites with this one.

And in the “avoid this at all costs category”:

5) Salmon Jerky: You might be saying to yourself, “Hey, I love salmon. I love jerky. I bet the two tastes go great together.”

Salmon Jerky is fishy. Really fishy. Like “dead fish lying on a hot a rock in the middle of a Sunday afternoon in mid-August” fishy. So that is your first taste sensation when you take a pull of Salmon Jerky. And that first taste turns into a second, third, fourth and forty-fifth taste because as we all know consuming any jerky requires a lot of chewing. Even the health benefits of getting your daily dose of Omega 3’s are not worth tearing into a bag of Salmon Jerky. But if chewing on hunks of dried, stinky fish is your thing, go for it. Otherwise, you have been warned. 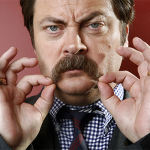 Some real, some fictional. more» 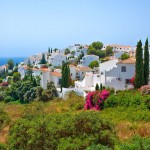 Yoga Pisses Me Off 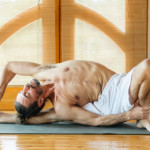