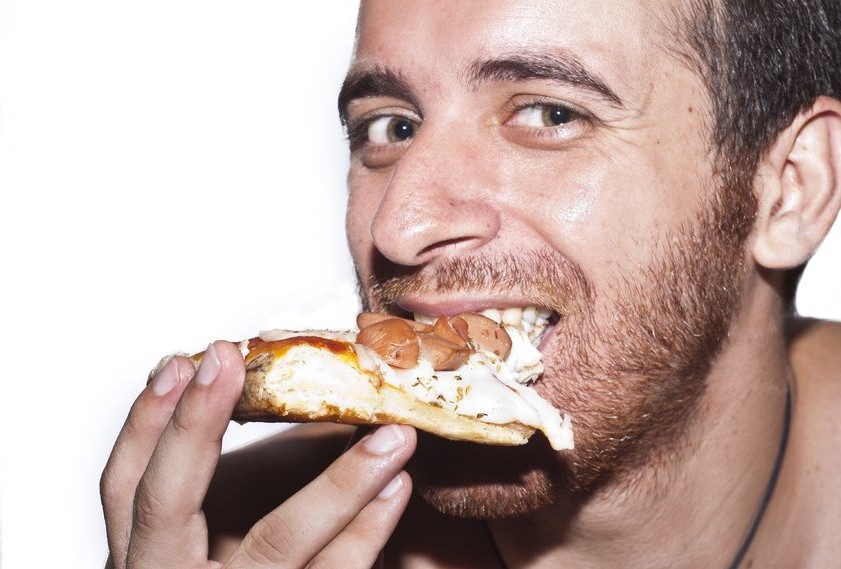 I’ve often said that I could eat pizza “all day, err day,” after which I’m promptly reminded that I’m quite clearly a nerdy white dude who can never pull off saying “err day.” Haters aside (also something I’ve been told never to repeat), pizza really is the quintessential (and historical) poor-people food that’s  almost universally delicious. In fact, I’d argue that every person can find some form of pizza they like.

Which is why I respect Colin Atrophy Hagendorf. And that’s in spite of the fact that his middle name is Atrophy, which he either chose himself or was given and still uses, neither of which are good. Hagendorf made some waves when, in 2011, he completed a quixotic quest of sampling “every pizza joint in Manhattan” to find the perfect slice.

So what’s his perfect slice? As he told Meredith Graves in this Munchies article: “I want the perfect ratios. The dough can’t be too thick. There can’t be too much sauce; then it’s too wet. There can’t be so much cheese. Ideally, I don’t want to notice anything. I want everything at once.” This is the point I need to clarify that Hagendorf is looking for the perfect slice of cheese pizza. This is also the point where my respect for him ends. He’s searching for something so status quo, in fact, that here in NYC we just call it a slice of “regular.”

A slice of regular is not how you define perfection. It’s how you define mediocrity. By and large cheese pizza is not meant to be savored. It’s what you eat when you’re either broke, in a rush, or particularly drunk — perhaps even all three at once. Trying to find the perfect slice of cheese pizza’s like trying to find the perfect light beer. It’s impossible ‘cause, trashy beers aside (lookin’ at you, Natty Light), they all taste the same. Which doesn’t matter, ‘cause they’re not bought for the taste, they’re bought to be consumed in mass quantity for less calories.

Hagendorf’s perfect slice came from New York Pizza Suprema. I’ve been there many a times on “completely sober” nights to shove a slice in my face on my way home. Is it perfection? It certainly fulfills all of ‘ol Atrophy’s qualifications. And it’s a better option than the trashy pizza spots (lookin’ at you, 2 Bros). But there are much better pizzas out there, if you dare to dream beyond cheese. Here are three:

This SoHo spot is my go-to joint. In fairness to Hagendorf, it wasn’t open yet when he was slicing up the city. Here, it’s the square pies you’ll want to try. My favorite is the Spicy Spring, which uses fra diavolo sauce and those tiny spicy pepperonis that curl into little crispy cups in the oven for a slightly fiery treat.

This is OG Neapolitan pizza. They have a screeching-hot wood-burning oven. They have the San Marzano tomato sawce. They have the doppio zero flour, which means nothing to me but does make a goddamn fine crust. Get the Margherita for the most OG of OG experiences, or be adventurous and get the butternut squash one (yeah, I scoffed when I heard about it too, until I tried it).

Aside from my issue with Hagendorf’s focus on boring cheese pizza, I cannot excuse that he completely disregarded Brooklyn. There’s simply no way you can do a quest for a pizza anything without including Brooklyn. Hell, in this list alone the top 4 spots are in Brooklyn. Which of course includes Di Fara — the perennial top pizza spot in the city, and a veritable legend of the pizzadom. It’s no frills. It’s a forgettable neighborhood (sorry Midwood). And it’s the most amazing pizza you’ll have. Get the classic — red sauce,  sausage, peppers, onions, and topped with fresh basil straight from the window boxes of herbs out front.

Health Tip: Making the Most of Workouts

How Much Does Your Kid Weigh? Chances Are, You’re Underestimating 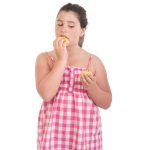 Parents and doctors often overlook how overweight kids are, which could leave youngsters at... more»

The Real Truth Behind The Dennis Quaid Meltdown 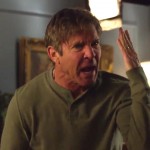 But don't take our word for it. more»