Gluten-free diets are increasingly popular but not a good idea for everyone, doctors say.

Gluten is a type of protein found in grains such as wheat, rye and barley. Only people with conditions that require them to avoid gluten — such as celiac disease or gluten sensitivity — should go completely gluten-free, said Dr. Christopher Heron, a family medicine physician at Penn State Medical Group in State College.

“The grains found in wheat products are essential to overall health. They provide nutrients that aren’t found in most gluten-free foods, Heron said in a university news release.

That’s why many people with celiac disease need to take a multivitamin, he said.

The immune systems of some people react poorly to gluten, resulting in conditions such as celiac disease or gluten sensitivity.

“Celiac disease primarily causes inflammation in the small intestine, which makes it difficult to absorb nutrients from food,” Heron explained. Weight loss, diarrhea and indigestion are typical symptoms of the disease.

With gluten-free products now widely available, many healthy people believe these foods can help them lose weight or reduce indigestion or fatigue, the doctors noted.

“Rather than going gluten-free, people who don’t suffer from a gluten-related disease should shoot for a healthier diet overall by managing portion size and being aware of foods’ nutritional content,” said Dr. Lauren Schneekloth, a family medicine physician at Penn State Medical Group.

The U.S. National Institutes of Health has more on going gluten-free. 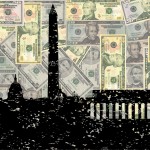 How would you like your Dottie Burger? Medium-well? Burnt to a crisp? more»

Male Triathletes May Be Harming Their Hearts 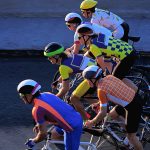 Men who compete in triathlons could be putting their hearts at risk, a new study contends. The... more»