Americans are eating more whole grains than ever before — but it’s still not enough.

Moreover, not everyone agrees on what whole grains actually are, according to a new study that found competing definitions.

The increase in whole grain intake over the past two decades is either 39.5% or 61.5%, according to researchers from the Tufts University Friedman School of Nutrition Science and Policy in Boston.

But by any definition, Americans are not getting the recommended amount of at least 3 ounces daily.

Researchers studied overlapping definitions from the Dietary Guidelines for Americans, the U.S. Food and Drug Administration, the American Heart Association, the American Association of Cereal Chemists International and the Whole Grains Council. They noted a need to standardize how consumers, researchers and policymakers talk about whole grain foods.

Using these varying definitions, the research team analyzed the dietary intakes of more than 39,700 adults who participated in the National Health and Nutrition Examination Survey (NHANES) between 2003 and 2018.

“We found that each definition captured very different types of grain- or flour-containing foods as whole grain foods, resulting in differences in the average consumption of whole grain foods and the associated trends,” study lead author Mengxi Du said in a Tufts news release. She is a PhD candidate in nutrition epidemiology and data science.

Whole grain bread consumption increased under all definitions. The FDA’s definition for whole grains was the strictest. The industry-led Whole Grains Council’s definition was most lenient. The latter may also be least healthy based on a prior study.

Whole grains are important because they are naturally high in fiber. A diet rich in these foods is associated with a reduced risk for various health problems.

The researchers in this study also analyzed different population subgroups for whole grain intake. They found that white people had a higher intake of whole grain foods compared with other racial/ethnical groups under all definitions, except for that of the American Heart Association. Hispanic people consumed more whole grains under the heart association definition, which include foods such as corn-based tortillas.

“We can’t say which is the best definition yet as we need to assess the nutrient profiles of each and how these different definitions are associated with health outcomes. Our findings, however, underscore the imperative need for a consensus on whole grain food definition,” said Fang Fang Zhang, study co-author and interim chair of the school’s division of nutrition epidemiology and data science.

“A consistent definition across agencies is essential to further promoting whole grain food consumption in the U.S. population,” she said in the release.

The study was supported by the U.S. National Institutes of Health’s National Institute on Minority Health and Health Disparities. The findings were published Nov. 30 in the American Journal of Clinical Nutrition.

The U.S. Department of Agriculture has more on the value of grai 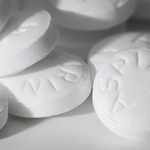 (HealthDay News) — Many doctors encourage seniors to use brain fitness games as a means to... more»