When you fire up the grill for your Memorial Day cookout, beware: Those tantalizing aromas hold an underestimated health risk.

Grilling meats at a high temperature can produce cancer-causing compounds called polycyclic aromatic hydrocarbons (PAHs). You can be exposed to significant PAH levels simply by breathing in the sweet scent of barbecue.

A new study from China suggests letting your skin come into contact with PAHs when you grill food is even more harmful than just savoring the aroma. And clothing won’t fully protect you against them.

PAHs can cause lung disease and DNA mutations, the researchers said. Though eating barbecued meats is the most common source of exposure, just standing near a grill and breathing PAH-contaminated air can be risky, previous studies have shown.

For the latest study, published May 23 in Environmental Science & Technology, a team led by Eddy Y. Zeng at Jinan University closely examined skin exposure to PAHs from barbecue fumes and particles.

The researchers divided volunteers into groups based on various levels of exposure to grilled foods and smoke.

Clothes can help protect you from the smoke, but only for a short period, the researchers noted in a journal news release. Once fabrics become saturated with contaminated smoke, the skin can absorb high PAH levels.

To reduce your exposure to these toxic compounds, the researchers recommend laundering clothes immediately after you are around a grill.

Just Call Me The Shepherd 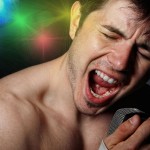 A story about Dean, Mexican whiskey, and getting home. more»

Tips For The Perfect Wedding Toast 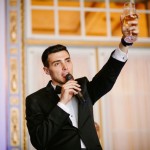 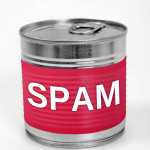