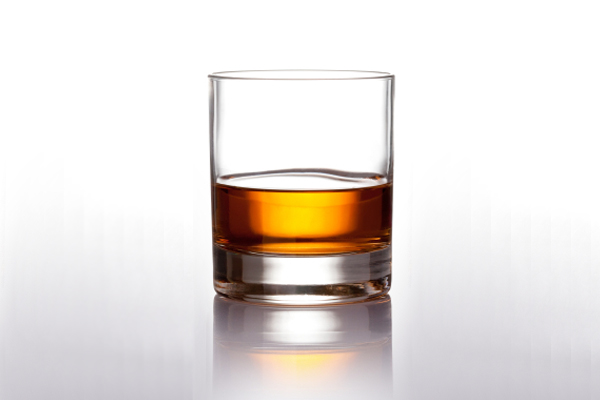 Oh bourbon, how do I love thee? Let me count the ways. But let me not count too many ways, as I am currently drinking you and counting to higher numbers proves tricky as the evening wears on. Clearly, I am a fan of bourbon. If Anchorman featured Patrick Fischer instead of Ron Burgundy, the seminal scotch scene would’ve been “I love bourbon. Bourby bourby bourbon. Here it goes down. Down into my belly.” I think you see what I’m trying to say.

Not only is bourbon the nectar of the gods, it is arguably one of the most American things we have. I mean, it’s a generally accepted requirement that bourbon be produced in the US, and oftentimes folks like to say that it needs to be produced in Bourbon County in Kentucky to actually be considered bourbon. It is only slightly derivative to its European counterparts (much like everything American). Why, this delicious treat made from at least 51% corn and aged in charred oak barrels (as if I even need to tell you that!), would not exist had it not been for the greatest nation in the history of the universe, France. Just kidding. I’m of course talking about America. Eat a bag of d*cks, France (though your food is tasty and your country actually quite lovely).

But why do I love bourbon? What is it that makes it so perfect (aside from its patriotism, obvi)? Well for starters there’s the taste. Now, I am willing to accept that taste is a ever so slightly completely subjective thing, but as it turns out this one area in which I am simply right. Bourbon brings with it a sophisticated, multi-layered flavor profile, that is still easy to approach. While I have certainly gained an appreciation for a good scotch, it is generally something that has to grow on you. Scotch also brings complex flavors to the table, but at times it’s almost too complex. It’s taken me several sips of a good scotch to really work through what the hell’s happening on my tongue and get to the point of truly enjoying it. But with bourbon, you can take the time to figure out all the notes, or you can just casually sip it and enjoy it right off the bat.

This sophisticated taste, combined with its approachability, makes bourbon a drink that’s situationally versatile. You can drink bourbon in nearly anywhere (where drinking is socially accepted) and fit right in. Hobnobbing with socialites at the hottest charity gala? A top-shelf bourbon will give you the class to nob with the hobbiest of hobs. Hanging out with your friends at your local bar after a long day of work? Go for a standard (mine is Maker’s Mark) to let your stress melt away. Find yourself at a biker bar and need to make friends or get your face pounded? Order some shots of Jack and let the ties of friendship be bound. There quite probably is no situation that cannot be paired with a bourbon.

Well what about other liquors? Vodka? Tequila? Jaegermeister? Allow me to quash your silly notions of a liquor that bests bourbon. While I do love a good vodka (yes, I like to sip a shot of ice-cold vodka from time to time), there is really nothing to it. It’s flavor profile is essentially “alcohol” and you’re probably going to get weird looks if you’re walking around with a tumbler of vodka (and you’re not Russian). And tequila? Tequila is the devil’s drink and should only be consumed if you want to self-implode (which, for legal reasons, I must stress has nothing to do with things that I may or may not have done whilst under the influence of tequila). Another reason I don’t like tequila is that there has only been one tequila I’ve ever enjoyed the taste of, and it turns out that’s $150-bottle tequila. I like to be able to spend half of that and still get some good tasting results. I’ve already talked about scotch, and your cognacs and brandys are good, but far too pretentious to drink at any occasion. And Jaeger? Well, I’m bold enough to say that I actually like the taste of Jaeger, but sadly that drink has been ruined by the bros who just pound shots of it or mix it with Red Bull ‘cause they apparently feel that they’re not being big enough assholes already.

No, I’ll stick with my old friend. Who’s been with me through thick and thin. Who will help me fit in, in any situation. And keep me sane in an insane world. Bourbon, I raise my glass to you.

In The Trenches: The Enduring Appeal Of The Trench Coat 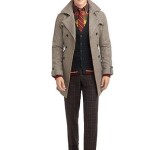 But no flashers please. more»