The term “sugar substitutes” is a catch-all that covers a wide range of alternatives, starting with those little pink, blue and yellow packets. But their value as a health or diet aid is still uncertain.

A research review in the BMJ found that there’s limited evidence to say how much using them helps with weight loss, and that the real answer is to cut back on sugar in general by drinking water and choosing low- and no-sugar foods. Still, sugar substitutes can free up calories you can spend on healthier foods. Here’s what you need to know:

Spoonful for spoonful, artificial sweeteners can be 100 times sweeter than sugar, with few or no calories. As food additives, they’re regulated by the U.S. Food and Drug Administration and must get approval before they can be marketed.

Sugar alcohols are a type of sweetener commonly used in packaged foods. They’re carbohydrates, but the body doesn’t completely absorb them, so they don’t raise blood sugar as much as natural sugars. They’re also lower in calories, but they can have an unwanted laxative-type effect.

“Novel” sweeteners are a different kind of product. The most common one is stevia, which is made from a plant. Considered a dietary supplement rather than an additive, refined stevia isn’t subject to FDA regulation, though the agency, among others, considers it safe. It’s widely available in forms from powder to liquid drops to its own little packets. Monk fruit extract is another sweetener in this group starting to get some traction among consumers.

Although sugar alternatives like honey, molasses, maple syrup and agave nectar may seem healthier than processed white sugar, their calories are virtually the same as sugar.

No matter what sweetener you pick, watch how much you use. A Swedish study found that people who have just two sweetened drinks a day, whether naturally or artificially sweetened, double their risk of diabetes. And the risk grows with the number of such beverages you drink.

Check out SugarScience from the University of California, San Francisco, for a rundown on the various types of sugars to help you make better choices. 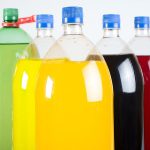 Eight of every 10 American households buys sodas and other sugary drinks each week, adding up to... more» 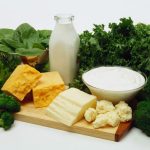 It’s hard to beat the comfort quotient of a hot, bubbling dish of macaroni and cheese, but... more»

Can your personality determine how good you are with money? The answer is yes, according to... more»