Knee replacement patients can continue to enjoy sports — such as skiing, tennis and dancing — without worrying that high-impact activities might compromise their new joint, a small, new study finds.

The researchers tracked patients for between five and 15 years after knee replacement surgery, known as total knee arthroplasty. They found that sports participation had no significant impact on the longevity of artificial knees.

“Patients were coming back for their annual review . . . and were participating in a range of ‘prohibited’ activities. There were patients competing in downhill skiing and tennis, but there was no wear, no dislocations, no loosening and no revisions,” said study author Dr. Samuel Joseph. He’s an orthopedic surgeon at Linacre Private Hospital in Melbourne, Australia.

“Yes, there are patients running marathons and participating in triathlons after knee replacement surgery,” he added.

More than 600,000 knee replacements are performed each year in the United States, according to the U.S. Agency for Healthcare Research and Quality. The procedure replaces the natural joint with a prosthetic version made of metal and plastic. It’s typically done because of severe arthritis, trauma or other joint damage.

Dr. Elizabeth Matzkin is an assistant professor of orthopedic surgery at Harvard Medical School and wasn’t involved in the new research. She said she wasn’t surprised by the findings.

“I think as we collect more data, we’ll see the tide turn a little bit,” said Matzkin, who is also chief of women’s sports medicine at Brigham and Women’s Hospital in Boston. “The goal is to keep patients active.”

Matzkin pointed out that knee replacement patients who desire to return to high-impact sports are likely motivated and strong. Additionally, she said, they’re probably not obese, a condition that typically threatens the longevity of an artificial knee.

“I think we need to follow large [groups] of patients and their activity levels and how that plays out,” Matzkin added. “This is a pretty small study, and we need big, multi-center studies to look at these patients over the long term. But this was a fantastic starting point.”

The study was scheduled for presentation this week at the American Academy of Orthopaedic Surgeons’ annual meeting in New Orleans. Research presented at meetings should be considered preliminary until it’s been published in a peer-reviewed journal.

The American Academy of Orthopaedic Surgeons has more about knee replacement. 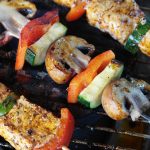 Let Me Be Your Wing Man 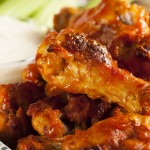 The Dating App I’d Actually Use 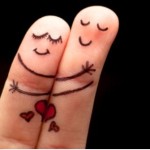 Get ready for a night of intense, no-strings-attached, staying in and watching a rom-com. more»