The experiment involved just 14 epilepsy patients, all of whom had undergone an invasive procedure to insert electrodes deep within their brains as a means of identifying the source of future seizures.

Taking advantage of the opportunity, the researchers asked the patients to participate in an additional memory study that involved presenting them with a series of 200 computerized images.

Some of the images were viewed without any additional intervention. But some were viewed in tandem with exposure to highly controlled electrical impulses directed towards a specific part of the brain called the amygdala. The amygdala is known to be a key center for the regulation and processing of both emotions and memory.

“We found that delivering small-amplitude brief electrical pulses at a particular frequency just after a patient viewed an image on a computer screen would significantly enhance their ability to recognize that same image the next day,” said study co-author Dr. Jon Willie.

How? Willie said deep brain stimulation appeared to spark immediate changes in brain activity. And that led his team to conclude that “this type of amygdala-mediated memory enhancement works by telling the brain to prioritize certain experiences to remember later.”

He noted that about 100,000 patients around the world have already used deep brain stimulation as treatment for a range of disorders, including Parkinson’s disease and depression.

But the idea that it could help tackle memory loss and dementia is new.

While the patients were studied over the course of about nine months, the entire experimental process took just 90 minutes over the course of two days. That included an hour of initial image viewing and testing on day one, followed by a half hour of recognition testing the following day.

The stimulation process itself was at such a low level that none of the participants reported being able to identify an electrical impulse when it was delivered.

Deep brain stimulation appeared to have no immediate impact on memory on the day of treatment.

But it did appear to produce results later on, with nearly 80 percent of the patients demonstrating improved memory during overnight testing. When compared to no stimulation, recognition improvements ranged from about 8 percent to upwards of several hundred percent (in one case). Patients with the worst memory problems prior to the experiment appearing to benefit the most.

“As a group, the average benefit would be the equivalent of bringing a class grade average up from a ‘B’ to an ‘A’. No patient in the study showed worse memory from stimulation,” Willie said.

Noting that the “results did exceed our expectations,” Willie said the findings suggest that deep brain stimulation could be used as a therapy to help “tag” and enhance memories for those struggling with memory impairment.

The findings were published in the Dec. 18 issue of the Proceedings of the National Academy of Sciences.

Dean Hartley, director of science initiatives at the Alzheimer’s Association, offered a supportive but cautious take on the findings.

“This is quite interesting,” he noted, “but it’s also highly invasive. Brain surgery is fairly complex and has major drawbacks. And elderly people don’t always do so well in surgery. So, just from that standpoint, it seems not so viable.

“There’s also the question of whether this type of intervention actually slows cognitive disease or just has a temporary effect,” Hartley added.

“But,” he said, “I like the science. There’s nothing to slow, stop or prevent Alzheimer’s disease at this point. So, we’re always looking for new things to help. And this suggests a new therapeutic target, and helps our understanding about the brain. And that is always a good thing, and the kind of research that we are always advocating for.”

5 Spy Toys Every James Bond Wannabe Should Own 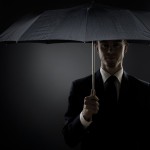 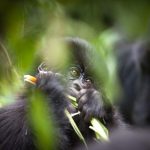