But six months later, experts are becoming increasingly concerned about a very different COVID-19 phenomenon, one that spares the lungs only to take direct aim at the patient’s heart, digestive tract and nervous system.

Called “Multisystem Inflammatory Syndrome in Adults” — or MIS-A — the condition was first spotted last spring in children and teens.

“Some patients develop muscle pain, and a general feeling of unwellness. And some experience a shock-like state, which means that blood pressure is dropping, the heart rate is up, and the patient appears very, very ill and in immediate need of hospitalization,” she added.

Femia was part of a team that first reported on the pediatric version of the condition — known as MIS-C — back in July. To date, there have been more than 1,000 cases of MIS-C in the United States, resulting in 20 deaths.

Femia ultimately went on to treat the first reported case of MIS-A. Now, the U.S. Centers for Disease Control and Prevention is zeroing in on the adult version, with an analysis outlined recently in the CDC’s Morbidity and Mortality Weekly Report.

The CDC report focused on 27 MIS-A patients ranging in age from 21 to 50. Of those, 10 ended up in the intensive care unit and two of those patients died.

“The lack of respiratory symptoms at presentation represent the main distinction between patients with severe COVID-19 and MIS-A,” said Dr. Sapna Bamrah Morris, lead author of the CDC report. She’s an infectious disease specialist and clinical lead of the Health Care Systems and Worker Safety Task Force for the CDC’s COVID-19 Response Team.

In fact, said Morris, in some cases, MIS-A patients “may have multiorgan dysfunction without [any] history of showing symptoms of COVID-19.”

That speaks to the bewildering nature of MIS-A, Femia said. MIS-A patients are testing positive for COVID-19 antibodies, but absent classic respiratory symptoms, many had no idea they were infected. But several weeks or even months later, they suddenly end up hospitalized with serious MIS-A symptoms. At that point, they are often no longer positive for active COVID-19.

“The timing of all of this is very difficult to establish,” Femia said. “We really don’t know how long after an infection with COVID this can happen, because antibodies can remain positive for a couple of months. I would say that, from a doctor’s perspective, our best guess is that this is likely to happen 4 to 6 weeks after infection, but it could be 3 to 4 months. We really don’t know.”

Dr. David Hirschwerk is an infectious disease specialist at Northwell Health in Manhasset, N.Y. “The timing of all of this suggests that MIS is driven not directly by the virus itself but by a post-infectious immunologic response that causes damage to the body,” he said.

“We think that it is relatively rare,” Hirschwerk added. “But we are all on the lookout for it now.”

Femia acknowledged that wasn’t always the case, given that in the early days of the pandemic “hospitals were overwhelmed, and it was a new disease, and this condition just wasn’t on the radar, which means we honestly don’t really know how many adults have gotten this.”

So, who is most at risk for MIS-A? Hirschwerk pointed to the CDC finding that “the vast majority of patients with MIS-A belonged to racial or ethnic minority groups.”

But, “like many things with COVID-19, it is all very new to us,” he added. “It requires more study, more data and more time.”

Femia agreed. But she noted that some characteristics of MIS-A are becoming both clear and worrisome. For example, “this has been seen in otherwise healthy patients, as well as among patients with underlying conditions, like obesity. So, the overall suspicion is that you probably don’t need as may co-morbidities to be at risk,” she explained.

“MIS also seems to be more prevalent in children than adults,” she noted. “Why, we just don’t know.”

The good news: “It is treatable,” Femia said. Apart from anti-clotting meds and aspirin, “the most consistent treatment that’s given is IV immunoglobulins,” which are proteins that function as antibodies. “We don’t usually use that to treat acute COVID infection, but it’s borrowed from treatments for other hyper-inflammatory conditions, like Kawasaki disease,” a pediatric illness that causes blood vessel inflammation.

“There’s a lot we don’t know about this,” said Femia. “And many patients will have a very difficult hospital course before they come back to health. But in the end, the majority of patients do survive.”

There’s more on pediatric MIS at the U.S. Centers for Disease Control and Prevention.

I Took Spring Cleaning to an Extreme, and Now I’m Homeless 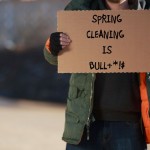 Thanks a lot, Marie Kondo. more» 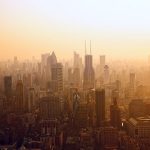 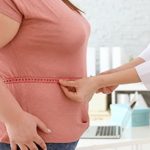