Headed to a Major League Baseball game? Be prepared to duck and cover.

As the 2018 season gets underway, a new study finds that fans’ risk of being struck by a foul ball or flying bat at Major League Baseball (MLB) games is on the rise.

Each year, about 1,750 fans are hurt by foul balls at MLB games. That works out to about two injuries for every three games — more common than batters getting hit by wayward pitches, according to Indiana University researchers.

The researchers did not examine injuries among the more than 40 million fans who attend minor league games.

But fans’ risk of getting hit at MLB games rose as nearly two dozen new stadiums opened since 1992, the study found. The added risk is easy to explain, the researchers said.

“Fans today frequently sit more than 20 percent closer to home plate than was the case throughout most of the 20th century,” said study author Nathaniel Grow, an associate professor of business law and ethics at Indiana University’s Kelley School of Business.

“When you combine that with an increase in the speed with which baseballs are being hit into the stands, fans have less time to avoid errant balls or bats heading in their direction,” Grow explained in a university news release.

A typical foul ball enters the stands at speeds between 100 and 110 miles per hour, according to the report. That means a fan seated 60 feet from home plate has four-tenths of a second to react — if they are paying close attention to the action.

“Many foul ball-related injuries could easily be avoided through the installation of additional safety netting at little cost to the team,” the study authors concluded.

While MLB teams have installed expanded netting this season, the researchers added their voice to other calls for an end to a 1913 legal standard known as the “Baseball Rule,” which protects baseball teams against lawsuits by injured fans.

“The time has come for courts to dispense with the Baseball Rule, and instead hold professional teams strictly liable for their fans’ injuries,” Grow said.

The study is scheduled to appear in an upcoming issue of the William & Mary Law Review.

Opening Day of the 2018 season was Thursday.

The U.S. Centers for Disease Control and Prevention has more about head injuries.

No, You Don’t Need An Enema 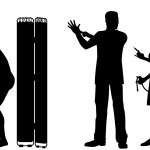 Drink a coffee instead. more»

Here’s Everything you Need to Know About Dairy 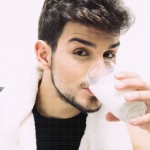 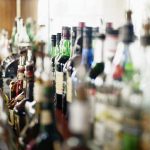 As a tool to reduce the public health toll of drinking, higher taxes on alcohol get the most bang... more»