Major heart surgery does not cause significant memory decline in older patients, a new study finds.

Researchers found no greater risk for loss of brain function among patients who had heart surgery compared to those who had a much less invasive procedure called cardiac catheterization.

“We expected to find a bigger difference in the surgery group, since there are many anecdotes about serious cognitive [mental] decline after heart surgery,” said Dr. Elizabeth Whitlock, of the University of California, San Francisco.

“Our results are different for several reasons, one being that our follow-up is up to two years after surgery, to account for the fact that people may improve over time,” she said.

The study included nearly 1,200 heart surgery patients. Another 1,900 had cardiac catheterization, which is used to diagnose and treat certain heart conditions, including blocked arteries. All were aged 65 or older.

The results were published online Dec. 18 in The Annals of Thoracic Surgery.

Whitlock described the study results as “comforting.” The findings “suggest that there isn’t a major long-term impact when these two methods of correcting serious heart problems are compared. We think this is because severe heart disease itself probably has a cognitive impact,” she said in a journal news release.

About 92 million people in the United States have some form of heart disease. Nearly 8 million undergo heart surgery or related procedures each year, according to the American Heart Association.

These procedures include heart bypass surgery, which is often blamed for postoperative mental decline, especially among older adults.

This study suggests that the loss of memory and thinking skills in the weeks after surgery is likely temporary. It may be due to small strokes during surgery, tissue inflammation or medication, Whitlock and her colleagues said.

The U.S. National Heart, Lung, and Blood Institute has more on heart surgery.

Can zinc help shorten a COVID-19 infection? Will vitamin C or other supplements prevent it? These... more»

Health Tip: When to Seek Medical Attention For a Cut

(HealthDay News) — Cuts are openings in the skin and can be deep, smooth or jagged. Minor... more»

10 Things People Have Ruined By Talking About 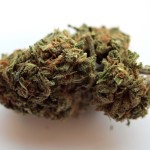