Can sex help improve the health of a Parkinson’s patient?

So claims a new two-year study that tracked the sexual habits and disease progression among 355 Parkinson’s patients.

“This is in line with data showing a close relationship between sexual health and general health, both in healthy individuals and in patients with chronic disease,” said the Italian-British study team, led by Dr. Marina Picillo. She’s an assistant professor at the University of Salerno’s Center for Neurodegenerative Diseases in Salerno, Italy.

Picillo and her colleagues concluded that early-stage male patients who are sexually active do experience “milder” disease progression and a less dramatic loss of motor skills and other disease symptoms, compared with those who don’t.

But there’s a hitch. The finding only appears to apply to men.

Why? The answer is not clear. But one factor may be that the investigation results were skewed, as twice as many men were enrolled as women (238 men versus 117 women).

Beyond that, the study authors pointed out that women experience different Parkinson’s symptoms from men. And women “are less prone to talk about sexual and genital issues due to societal attitudes,” wrote Picillo.

Even so, she and her research team said the findings warrant the attention of movement disorder specialists, who might view a patient’s sexual history as a tool to predict or even influence Parkinson’s disease progression.

If so, the finding could turn out to be big news for the roughly 1 million Americans the Parkinson’s Foundation estimates will be living with the disease by 2020.

For one, the neurodegenerative disease can be very debilitating, presenting symptoms such as uncontrollable tremors, trouble walking, rigidity and stooping, dizziness, balance issues and slowness.

There is also no known cure or prevention for Parkinson’s, and symptoms can be difficult to treat.

So the researchers set out to see if an active sex life might help.

Study participants were about 57 years old when first diagnosed with Parkinson’s. At the 2005-2006 study launch, all were classified with “early-stage” disease.

Patients were also asked if they had sex and/or sexual dysfunction during the past year.

At the same time, nearly half the men complained about erectile dysfunction and orgasm problems, and sexual activity did drop off somewhat for everyone during the two years of follow-up.

Still, Picillo’s team concluded that men who engaged in sexual activity displayed less severe motor disability and a better overall quality of life than those who did not. For women, no such luck.

Reacting to the findings, the University of Florida’s Dr. Adolfo Ramirez-Zamora stressed that “the association between active sexual life and improvement in motor and non-motor symptoms is important.” He is an associate professor of neurology and a Parkinson’s Foundation education expert.

“It is in line with the concept that improving sexual function increases pleasure, communication and satisfaction between couples, increases relationship intimacy, and reduces stress and [Parkinson’s] symptoms,” said Ramirez-Zamora.

At the same time, he noted that “hyper-sexuality” is a “well-established and common impulse control disorder” among Parkinson’s patients who take a class of drugs known as dopamine agonists, which include pramipexole (Mirapex) and ropinirole (Requip).

Such drugs can help patients by activating a brain receptor that produces dopamine, which is known to help regulate movement. But it could also mean that the treatment — rather than sex — is what contributed to an improved quality of life.

So Ramirez-Zamora cautioned against drawing any firm conclusions on the role of sex in Parkinson’s progression, until more research is completed.

Picillo and her team reported the findings recently in the European Journal of Neurology. 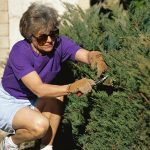 The Financial Reward of Slimming Down

If you’re overweight or obese, shedding pounds can help improve your health and your... more»

Could clues to future health emergencies be found in Facebook posts? Maybe so, according to a new... more»