Overuse injuries do not appear to be a major problem among young football players, according to a new study.

Researchers analyzed data on injuries among youth and high school football players across the United States during the 2012 and 2013 seasons.

According to the study, overuse injuries are “a group of injuries classified by a gradual progression of inflammation, pain, or loss of function, or a combination of these.”

The study appears in the October issue of the Journal of Athletic Training.

“However, differences existed between the two levels of competition. Although additional research on the incidence of overuse conditions across all youth and high school sports is needed, these findings highlight the need for programming that may be specific to competition level,” Simon said in a journal news release.

The U.S. Centers for Disease Control and Prevention has more on children and sports safety.

What’s the Right Age to Test for Osteoporosis? 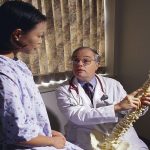 Osteoporosis is a threat to many women, especially after menopause. But the lead up to weak,... more» 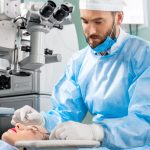