Children with autism often have difficulty grasping the emotional cues in other people’s voices, and now researchers may have zeroed in on the reason why.

In a study of 43 kids with and without autism, researchers were able to trace such difficulties to a particular brain area — one involved in social communication.

Experts said the findings suggest that children with autism are processing the sound of vocal emotions without trouble. The stumbling block can arise in interpreting those sounds.

Typically, children learn from an early age to link vocal sounds to particular emotions: They know when their parents are happy or sad, even if they do not understand all the words being said.

But many children and adults with autism have difficulty “reading” the emotional cues in other people’s voices, which can make communication much trickier.

“Having these skills is crucial in navigating our social world,” said Daniel Abrams, one of the lead researchers on the new study.

Oftentimes, he noted, people refrain from plainly saying what they’re feeling, and instead signal it in their tone of voice.

“The voice can actually tell you more about emotions than a person’s actual words,” said Abrams, a clinical associate professor of psychiatry at Stanford University School of Medicine.

But the nature of patients’ difficulty with vocal cues has been unclear, Abrams said.

That’s because autism has another common feature: disturbances in processing sensory information. People with autism are often oversensitive to some stimuli. They may have a hard time tolerating bright, fluorescent lights, the feel of certain fabrics or loud sounds.

Just the sound of a roomful of children singing “Happy Birthday,” Abrams said, may overwhelm them.

So, a central question has been whether issues with vocal emotions stem from sensory processing — the “hearing” part — or from the interpretation side.

To find out, Abrams and his colleagues recruited 22 children between the ages of 7 and 12 who had autism. Another 21 children the same age, without autism, served as a comparison group.

The researchers had each child listen to several recordings of two simple phrases: “a bag is in the room” and “my spoon is on the table.” Each recording had a different vocal intonation — neutral, happy or sad — and the children were asked to identify the emotion conveyed by each.

Overall, children with autism had a tougher time.

Next, the kids listened to the recordings, along with some other non-vocal sounds, while undergoing functional MRI — a type of brain imaging that allows researchers to chart brain activity in real time.

It turned out that in children with or without autism, the “hearing” parts of the brain responded similarly to voices. Where kids with autism differed was in the next step — how the auditory information was getting to a part of the brain involved in social communication, called the temporoparietal junction (TPJ).

There appeared to be an “over-connection” between the hearing centers and the TPJ, versus what was seen in kids without autism.

The findings were published Jan. 9 in the journal Biological Psychiatry: Cognitive Neuroscience and Neuroimaging.

It is valuable to know the brain basis for difficulties in deciphering the “emotional tags” in voices, said Alycia Halladay, chief science officer for the nonprofit Autism Science Foundation.

People can use that information, she noted, when conversing with someone with autism. If your vocal inflections seem to be falling flat, Halladay said, “you don’t have to talk louder or animate yourself so they can ‘hear’ you better.”

“We can learn to more skillfully adapt our communication styles,” she said.

Abrams agreed that communication is a “two-way street,” so everyone can learn from study findings like these.

If someone with autism is not responding to your vocal cues, he said, “it’s not that they’re not listening, or that they don’t care.”

At the same time, the brain-activity findings could eventually lead to therapies to help people with autism improve their vocal-cue interpretation, Abrams and Halladay said.

If particular brain circuits are involved, there might also be a way to “strengthen” them, Abrams said.

“We can’t do that right now,” he stressed. “But someday we might have such a technology. And you’d have to know which brain circuits to target.”

Of course, Halladay pointed out, not everyone who has difficulty deciphering vocal emotions would want a therapy.

“But for many, this may be a real issue,” she said.

The Autism Science Foundation has a primer on autism.

(HealthDay News) — Pre-workout supplements are the buzz around many gyms and athletic... more»

The Future Revisited: The Beauty of a New Blade Runner 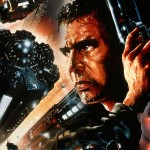 (HealthDay News) — It is important to remember that apple cider vinegar is not a magic... more»