One way to maintain muscle strength with age: Get enough vitamin D.

Researchers in Brazil and the United Kingdom found that older folks who were deficient in the vitamin increased their risk of losing muscle strength by 78%.

“Its many roles include helping to repair muscles and releasing calcium for muscle contraction kinetics. It was therefore expected to cause muscle alterations of some kind,” he said in a news release from the São Paulo Research Foundation, which supported the research.

And that’s exactly what this study proved, Alexandre said.

For the study, researchers analyzed the data from more than 3,200 people in the U.K. aged 50 and older who did not yet have age-related muscle loss, known as dynapenia.

That muscle loss, which can be partly explained by atrophy, is a major risk factor for physical incapacity later in life, leading to falls, hospitalization, premature institutionalization and death.

Researchers followed study participants for four years. They evaluated grip strength, which is a considered representative of overall muscle strength.

Participants with vitamin D deficiency (blood levels below 30 nanomoles per liter) had a 70% higher risk of developing this muscle loss by the study’s end than those with normal levels of vitamin D, defined as more than 50 nmol/L.

“This is itself an important finding as it shows that vitamin D deficiency heightens the risk of muscle weakness by 70%,” said first author Maicon Luís Bicigo Delinocente, also of Federal University of São Carlos.

“However, because we knew there are many worldwide cases of people with osteoporosis who take vitamin supplements, we needed to try to measure the effectiveness of vitamin D supplementation,” Delinocente said in the release.

After excluding participants who had osteoporosis or were taking vitamin D, the risk of developing muscle weakness by study’s end was 78% higher for folks with vitamin D deficiency at the outset than for those whose levels were normal and 77% higher for those with levels between 30 and 50 nmol/L, meaning their vitamin D levels are insufficient.

“Endocrine disorders such as vitamin D deficiency or insufficiency can lead to loss of bone mineral density as well as a reduction in muscle mass, strength and function,” Alexandre said.

The findings prove that the risk of muscle weakness is heightened by both vitamin D deficiency and insufficiency, he said.

“Another conclusion to be derived from the results of the study is that it’s important to take vitamin D if you have a deficiency or insufficiency,” Alexandre added.

The body only synthesizes vitamin D when large areas of skin are exposed to sunlight.

“It’s necessary to explain to people that they risk losing muscle strength if they don’t get enough vitamin D,” Alexandre said. “They need to expose themselves to the sun, eat food rich in vitamin D or take a supplement, and do resistance training exercises to maintain muscle strength.”

The findings were published recently in the journal Calcified Tissue International and Musculoskeletal Research.

Researchers at University College London were also involved in the study.

The U.S. Department of Health and Human Services has more on healthy aging.

(HealthDay News) — From texting to cooking, we use our hands often. There are many exercises... more»

Which Woman Should Go On The $10 Bill? 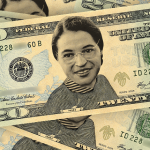