The waning effectiveness of a flawed whooping cough vaccine is the main culprit in recent outbreaks of the highly contagious bacterial infection, a new study reports.

That’s because the vaccine for whooping cough loses effectiveness over time, the researchers discovered.

Up to age 7, kids have a five times higher whooping cough risk when they’re three years out from their last shot, compared to the year immediately after vaccination, according to the report published online June 10 in Pediatrics.

And kids between 7 and 11 have double the risk if they are more than six years away from their last shot, compared with less than three years after, the findings showed.

“We found children who received their vaccines and who are far away from their last vaccine were at increased risk of pertussis [whooping cough],” said lead researcher Ousseny Zerbo. He is a staff scientist in the Vaccine Study Center at Kaiser Permanente Northern California in Oakland. “As time goes by, the effectiveness starts to wane.”

Researchers hastened to point out that the vaccine remains a vital means of preventing the disease.

Risk of catching whooping cough is 13 times higher among unvaccinated children and twice as likely among kids who are behind on their shots, compared with fully vaccinated kids, the study authors said.

The researchers said that the findings underscore the importance of keeping up to date on a child’s shots, and the critical need to develop new and better vaccines against whooping cough.

Despite high vaccination rates, the United States and other countries have seen large whooping cough outbreaks since the 1990s, when a new acellular pertussis vaccine replaced the prior whole-cell pertussis vaccine, the researchers said in background notes.

According to Dr. Kathryn Edwards, director of the Vaccine Research Program at Vanderbilt University in Nashville, Tenn., “The old vaccine worked very well, but it was associated with a lot of local reactions and a lot of fever.”

But researchers didn’t know whether these cases and outbreaks were caused by kids going unvaccinated or by a flaw in the new vaccine. So the Kaiser scientists followed nearly 470,000 kids born in California between 1999 and 2016 to see how vaccination related to whooping cough cases.

Vaccination rates among these children were strong. Only 1% went unvaccinated; 3% were undervaccinated.

And 82% of whooping cough infections occurred in kids who were fully vaccinated, the researchers found.

Klein said, “That really tells us the major contributor towards these outbreaks is the waning of the vaccination.”

The statistics revealed that risk of whooping cough steadily increases the longer it’s been since a child’s last shot.

For example, kids younger than 7 have a 36% higher risk of contracting whooping cough two years out from their last shot, but more than double the risk three or more years out.

Children 7 to 11 have a 90% increased risk between three and four years after their last shot, but 4.7 times the risk if they are six or more years out, the study found.

Klein said parents shouldn’t be alarmed by this, because the vaccine still is preventing countless cases of the disease.

But it does underscore the need for a better pertussis vaccine, Klein and Edwards said.

New vaccines based on live weakened or genetically modified pertussis bacteria are in various stages of development and testing, Edwards said.

“We need a new vaccine we could give that would be more durable,” said Edwards, who wrote an editorial accompanying the new study.

The U.S. Centers for Disease Control and Prevention has more about whooping cough. 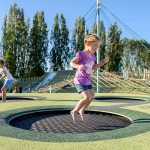 If your children are well-behaved, do they stand a greater chance of having healthy, happy lives... more»