If your loved one’s crooning is music to your ears, the reason appears to rest with part of brain that is super-sensitive to pitch.

That’s the upshot of a new study offering a fresh look into what makes us human.

For the research, which aimed to understand the role of music in health, researchers compared how human brains and monkey brains respond to speech and music. Key finding: People have a far keener sensitivity to pitch than our evolutionary cousins, macaque monkeys.

“This finding suggests that speech and music may have fundamentally changed the way our brain processes pitch,” said lead author Bevil Conway, of the U.S. National Institutes of Health. “It may also help explain why it has been so hard for scientists to train monkeys to perform auditory tasks that humans find relatively effortless.”

In the study, researchers played a series of harmonic sounds, or tones, to healthy volunteers and monkeys, and used imaging to see how their brains responded. They also monitored brain activity in response to toneless sounds.

Though the brains of monkeys and humans had similar hot spots in response to high frequency sounds, a brain area called the auditory cortex was far more sensitive to tones among the humans.

“It’s when we added tonal structure to the sounds that some of these same regions of the human brain became more responsive,” Conway said in an NIH news release. “[So] these results suggest the macaque monkey may experience music and other sounds differently.”

And this “ear up” on other primates could be key to understanding how the human brain evolved.

Conway said the results suggest that over time the ability to speak and craft music may have somehow fundamentally altered the way the human brain interprets pitch.

“It makes one wonder what kind of sounds our evolutionary ancestors experienced,” he said.

In contrast, the macaque’s experience of the visual world is probably similar to humans’, Conway added.

The findings appear in the June 10 issue of Nature Neuroscience.

The American Speech-Language-Hearing Association offers more about how we hear. 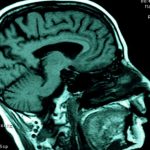 The Exercise Effect and Prediabetes 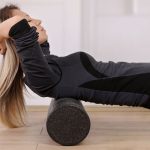 If you’ve been told that your blood glucose is higher than normal and that you have... more»

(HealthDay News) — Preparing for a safe hike outdoors begins with a few pieces of... more»