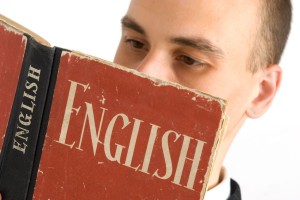 I love hanging out at home on a weeknight, pouring out some glasses of Johnnie Walker and crushing books. All men drink with Scotch. I take big bites out of those things, and take an infinite amount of solace in the fact that each book I read, no matter what, contributes something to my psyche and way of life. Even if I end up hating said book and quit reading it halfway through.

But you won’t hate these books. I can almost promise you that.

It seems like every week I stumble upon a collection of humorous essays or pieces that I can read to break up my tough slogs through longer, more complex novels. (Not to say that humorous essays are not complex. They are. And they are hard to write, I think.)

Here are some of the funnier books written by men that I have read in the past year.

The Last Girlfriend on Earth: And Other Love Stories, by Simon Rich

Simon Rich is hilarious, young, and extremely prolific. He’s the youngest person ever to be hired as a staff writer at SNL, and pumps out books and humor pieces with astonishing regularity. “The Last Girlfriend on Earth” is a collection of short, fictional humor stories that deal with the complexity of the male/female relationship. It’s divided into three sections: “Boy Meets Girl,” “Boy Gets Girl,” and “Boy Loses Girl.” Each section is equally strong. Dude even writes from the perspective of a condom in one of his stories. That’s amazing.

Your Wildest Dreams Within Reason, by Mike Sacks

I found out about Mike Sacks by reading his work on the McSweeney’s website. After pouring through some of his pieces on the site, I purchased this book, and was snorting scotch all over the place the first time I read it. Sacks’ book is all over the place – in a good way. His mock Craigslist ads especially got me.

How to Piss in Public: From Teenage Rebellion to the Hangover of Adulthood, by Gavin McInness

Gavin McInness is one of the co-founders of VICE Magazine. And he is out of his damn mind. McInness writes humorously and with an edge. In some ways, his essays read like a more modern Hunter S. Thompson story might read. This book is filled with a lot of drinking, drugs, and sex, but without quite as much arrogance as a Tucker Max book.

My Custom Van: And 50 Other Mind-Blowing Essays that Will Blow Your Mind All Over Your Face, by Michael Ian Black

Michael Ian Black’s first collection of humor pieces is written much in the vein you would expect if you’re familiar with the MIB persona that he has adopted to the point of near-perpetual method acting throughout his career. The thing that really impressed me about Black’s writing in this book is his ability to write very vulgarly, but not really offensively. If that makes any sense to you.

Basketball is usually a pretty serious sport, and it’s usually written about pretty seriously. Unless you’re reading Mark Titus (or my man Paul Shirley). Titus is one of the most infamous walk-on athletes of all time (next to, like Rudy I guess). He “played” for Ohio State from 2006-2010. In that time, he sought to have the most fun he possibly could. His collection of stories about his experience will make you laugh out loud while also giving you a unique look into the locker room and onto the bench of a high-tier college basketball program.

Rob Delaney is one of the funniest people on Twitter. And he’s consistent, too. I check his Tweets almost daily, and there’s usually something hilarious to read. His book is also consistently funny. Delaney is a very good writer who effortlessly combines eloquence with perversity and vulgarity. Yes. That is a thing that can happen.

The Internet is a Playground: Irreverent Correspondences of an Evil Online Genius, by David Thorne

If there is a writer out there who is better than David Thorne at screwing with people via email, then I have not met him or her. In Thorne’s debut collection, the Australian presents many interests where he has hilariously antagonized and angered coworkers, family, friends, and complete strangers over the Internet. Thorne also works as a graphic designer, so many of his online exchanges are peppered with hilarious images he created to really drive his victims insane.

I Suck At Girls, by Justin Halpern

Justin Halpern is most well-known for his Twitter handle @sh*tmydadsays. But this collection of essays about girl problems he has had throughout his life is my favorite piece of work he has done. Halpern combines hilarity with modest honesty in a way that really hooked me in. I read the book in one sitting.

Tasteful Nudes: …and Other Misguided Attempts at Personal Growth and Validation, by Dave Hill

David Sedaris wrote the first book of humorous essays I had ever read. I think I was in maybe 10th grade. At the risk of appearing melodramatic, his book (which was “Me Talk Pretty One Day”) changed my entire life. I knew almost immediately that if other books like this existed, they were going to become my favorite genre to read. In Sedaris’s latest, he continues to delight with hilarity. This man cannot miss. Each of his stories is crafted with care, talent, and, usually, hilarity. His prose style draws you in immediately, whether he’s riffing on his dad’s penchant for wearing only underwear to the dinner table, or his first colonoscopy. 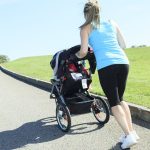 The exhaustion of a new baby can have negative fitness consequences as you lose the motivation to... more»

The new coronavirus holds no political views. The pathogen’s only aim is to infect, spread... more»