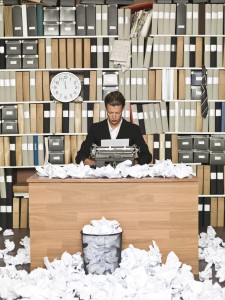 I had a discussion with my female writer friend recently. She’s wildly funny, and is excellent with words, but she feels like she isn’t read often by men, despite the fact that many men would undoubtedly love both the way she writes and the topics she chooses to ruminate on.

Her hypothesis: some guys who are diligent readers still tend to overlook or not pay any attention at all to female non-fiction writers, because they assume that their works will be disparaging or mean-spirited toward men, and not at all their brand of humor.

Maybe this is because many guys have read Tucker Max, and somehow have the idea that there is a female counterpart. Which there may be, but none of the books included in the following list have that vibe. They’re just straight-up funny, and will be regardless of your gender. (Laughter knows no boundaries and shouldn’t ever be decided based on gender, regardless of what Adam Carolla may have said or been misquoted saying or whatever happened with that whole “men are funnier than women” controversy.)

Most of them deal at least in part with the trials and tribulations of dating and mating with the opposite sex, too. You can learn a lot from these writers, guys. And laugh along the way. It’s not going to hurt you to get educated a little more about the female psyche.

I Was Told There’d Be Cake, by Sloane Crosley

Somebody told me to read Sloane Crosley because her essays were in some way similar to David Sedaris’. This isn’t inaccurate, but Crosley writes with a wry, funny, and intelligent voice that is pretty unlike the voice of anybody else I have read. In this, her first essay collection and debut book, Crosley earnestly walks you through some of the absurdities she experienced as a young adult living in New York City. The first essay in the collection is a hilarious tale about a collection of miniature toy horses Crosley has been gifted by suitors. And it only gets weirder after that. In a good way.

Julie Klausner does many things well, and writing is one of them. The comedian and performer’s debut collection of essays recounts what Klausner learned as she slogged he way through a number of douchey men on her way to what she had been searching for all along: TRUE LOVE. This premise may initially seem lame on an Eat Pray Love level, but Klausner’s ability to write about her follies and missteps (generally after being misled) with a cathartic and extremely humorous edge is both relatable and enviable.

Screw Everyone: Sleeping My Way to Monogamy, by Ophira Eisenberg

The title kind of speaks for itself. Comedian Ophira Eisenberg recounts her entire romantic and sexual personal evolution from first kiss to marriage, with a myriad of simultaneously sexual and laugh-inducing stories in between. One aspect of the book I really enjoyed is that Eisenberg is very up front an unapologetic about her decision at one point in her life to, well, screw everyone.

Is Everyone Hanging Out Without Me?, by Mindy Kaling

Mindy Kaling wrote for and acted on The Office. That should be pretty much all I need to say for you to grasp that she is one of the funnier people alive, probably, in a very revealing and neurotic way. Kaling tells some interesting and revealing stories about her life in general, and what it is like to make it and work in show business. Peppered in between these stories are very funny (and somewhat enlightening) lists and pieces about things like what makes a good man and what makes a great best friend.

If you have any sense at all, you’ve long ago run out of new episodes of 30 Rock to watch, and Tina Fey hasn’t debuted her new show yet. To bridge this gap, read her book. This book is worth purchasing even if you only read the essays about Fey’s younger years, when she was terribly awkward. It’s great to read through her transformation from strange kid to Saturday Night Live writer and cast member to HBIC of the comedy world. It’s also fun to read about her sisterly bond with Amy Poehler.

Merrill Markoe reminds me in some ways of the late David Rakoff. She has a knack for writing very personal, sometimes heartbreaking essays, while somehow keeping the keel even with razor sharp wit and a stoic honesty where you can kind of picture her in the midst of a situation, just shrugging and saying “Well, this is how it is going to be. May as well look at it in an interesting way.” Her writing about her relationship with her dogs is especially cackle-inducing.

Don’t Worry, It Gets Worse: One Twentysomething’s (Mostly Failed) Attempts at Adulthood, by Alida Nugent

The entire time I was reading Alida Nugent’s first book, I was either laughing to myself, wishing I had the ability to write in such an earnestly funny way like her, or wishing that we were best friends in real life. This is the kind of book you’re definitely going to want to read if you’re feeling sort of lost in your twenties, and anxious about both the present and the uncertain future. Through her writing, Nugent reminds us that we’re not alone with our issues, and that it’s almost always better to look at them with an unimpeachable sense of humor. (To preview some of Nugent’s writing, check out The Frenemy, the website that ultimately got her a book deal.)

Hyperbole and a Half: Unfortunate Situations, Flawed Coping Mechanisms, Mayhem, and Other Things That Happened, by Allie Brosh

You’re probably familiar with Allie Brosh’s work for her blog, Hyperbole and a Half, even if you’re not aware of it. Brosh has been writing and (ridiculously) illustrating stories about her life for years, and in 2013 she finally came out with a book. The way she tells her stories is infinitely accessible and addicting, to the point that I read the entire book in one sitting. Also, this book won the Goodreads Best Books of 2013 award for the Humor category. So you know it’s (probably) good.

Everything is Perfect When You’re a Liar, by Kelly Oxford

Kelly Oxford wrote my favorite essay collection of 2013. This is a big thing, because my favorite essay collection is almost always owned by Sedaris in years when he comes out with a book. Oxford is one of those pioneers of Twitter whose hilarity in tweets propelled her to fame and a career writing books, stories, and scripts in Los Angeles. For years, she was a stay-at-home mom who, according to Oxford, wrote on her blog when her kids didn’t feel like playing with her. Oxford’s book is a hysterical memoir that takes you through her upbringing, her marriage, and her initial child-rearing experiences, along with the wild world of somebody who is so funny that her Twitter profile made her a (sort of) household name. Her book made me want to “give fewer f**ks” about most everything, which is more or less Oxford’s philosophy.

I Remember Nothing: and Other Reflections, by Nora Ephron

My mom would disown me if I didn’t include a Nora Ephron essay collection on this list. But that’s not why I’m including it. The late Ephron’s films are great and hilarious, whether you’re male or female (I stand by this statement), and so are her essays. I think that Ephron’s writing really helped bolster a market for many of the aforementioned books on this list, too, so for that we should be thankful.

Happy reading, guys. And don’t be wary of carrying these books around on the subway (if you haven’t gone e-reader with it). Many of them may serve as a conversation starter with a pretty girl sitting near you on the subway or at the coffee shop, who has read and adored the book. And we all know that girls who read are the hottest.

Exercises to Head Off a Painful Rotator Cuff Injury 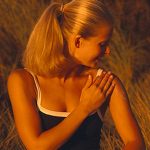 The rotator cuff refers to a group of four distinct muscles and tendons that connect to each... more»

A $2.5 billion plan to fight the coronavirus outbreak was sent by the White House to Congress on... more» 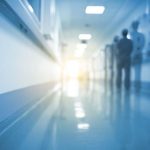