“I’ve got 99 problems but that son-of-a-b**ch Nick isn’t one,” Caroline yells for probably the 83rd time since I arrived in the back room of an East Village bar a couple hours ago.

This statement has become the tag line for what she has dubbed the “Caroline Lounds Freedom Festival,” an homage to the wild “Mitch Martin Freedom Festival” from Old School that his friends threw him in the wake of his divorce.

So that’s what this is: a divorce party.

And it is awesome.

A little over a year-and-a-half ago, Caroline, a paralegal, married Nick, a guy who does something with money that makes a lot of money that I don’t particularly understand. I attended their wedding. It was good times. They seemed to be very much in love, and I suppose they were at the time. This ended rather abruptly a couple months ago, when Caroline happened across some racy photos in Nick’s phone. Ultimately, she found that Nick had been indulging in a few side dishes for at least a couple of months. He’d been able to stay faithful for about a year.

Caroline is tough and independent. She isn’t the type to play that “counseling” and “forgiveness” sh*t. She filed for divorce immediately, and when it went through, she decided to throw a gigantic party with free booze. It would be her way of re-releasing herself back into the wild world of the single person living in New York City. (She and Nick had bounced to Hoboken, but she moved back to Manhattan immediately following the split, explaining that “Jersey is not for the single.”

I have read about divorce parties, but this is the first one I’ve attended. (Which is good, being that I’m only 26.) The energy at the bar is very strange, to a palpable degree. I can feel it as soon as I walk in with a couple other friends. It’s a mixture of anger and aggression, but with a great deal of positivity. You know how when you break up with somebody, the most cathartic thing you can do is get rid of all the mementos they gave you, and to then round up a group of your friends you can mercilessly bash the man or woman who broke your heart?

Well, imagine how much more catharsis would be involved doing so after you divorced a person who was cheating on you.

This party is predominately women, most of whom are pretty drunk. Caroline is, understandably, at the forefront of the drunkenness. She’s a woman on a mission. She’s tossing back shots of Fireball and saying all kinds of things about how men are terrible human beings. The other women join in. It’s a dude-bashing fest. My role for the night is to timidly chuckle and say things like “Hey, not all guys are that bad…”

Then I go and fetch them more drinks.

But I don’t mind. This sort of thing is obviously strangely therapeutic for Caroline. I suppose it’s better to celebrate the beginning of a new life than to lament a sad past event.

Caroline is holding an auction at the bar for some of the things Nick gave her. It’s a purge of some very nice material but impractical possessions. I inquire about a pair of earrings that look like something Allen Iverson would’ve worn before he lost all of his money, but I don’t bid. I can’t afford real diamonds, like Nick can.

There is also a penis cake. On the outside, it looks like a regular penis, like the kind of cake you often see at bachelorette parties. But when Caroline ceremoniously slices it open with a gigantic knife to reveal that it is red velvet, I understand the symbolism. She really drives it home by stabbing the edible penis repeatedly.

I end up leaving before Caroline. I can’t drink like I used to, especially when I’m not rage-drinking like she is.

She texts me the next morning to tell me she went home with and “banged out” one of the bartenders.

She is officially back in the wild.

I hope you never have your own divorce party, but if you get the chance to attend one, definitely do it. 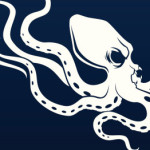 For those who aren't ready to release the Kraken just yet. more»

I’m Particular About Where I Poop 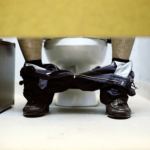 God help you if you choose to poop where you make your money. more» 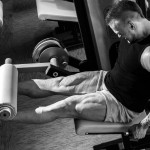 Put in the work. more»