Once upon a time, factories were the places where men, and women too (let’s not forget Rosie the Riveter), could put in an honest day’s work. They were blue-collar havens for the working class. Sure, unions and management clashed violently over the years, but even so, a factory job meant a steady paycheck, something to complain about at the end of the day, and a reason to get up in the morning.

While it’s no secret that the advent of automation and robotics means fewer bodies are needed on the factory floor, it seems the trend of displacing workers with robots is picking up. Innovation can be a hard taskmaster, making one way of life obsolete, while opening up other work avenues — as long as the workforce can, and is willing to be retrained.

Who are the nefarious culprits heralding this change? Why, Amazon’s tiny, baby robots, of course. It’s hard to freak out about jobs when the future looks so harmless and cute, and so gosh-darn colorful. Despite the cuddly aspects our future robotic overlords present, the big brains at one of the world’s largest companies are still going ahead and trading in traditional factory jobs for high-tech efficiency.

Amazon’s eighth-generation fulfillment centers are set to employ tiny robot armies in the drive to better service the company’s consumer needs. Short, pug-like orange Kiva robots are doing the jobs that people used to do — and they’re doing them a lot faster. Right now there are about 15,000 of these little guys hard at work in various Amazon fulfillment centers around the country. And this isn’t an isolated trend. Some experts predict robots will take over half of the human jobs in the next couple of decades.

For the time being, technicians and other human beings will still have to be onsite to deal with snafus as they arise, although one day fairly soon, most of the maintenance work will be put in the hands (or claws, or whatever external grasping apparatus suits them best) of robots as well.

In a nutshell, what this means is bye-bye factory jobs, hello baby (and behemoth) robots. Factories, which were once a bastion of hard work, will now become high-tech hubs. This has some people, especially the middle-class manufacturing sector, a little nervous.

Economic transformation has been going on for as long as you and I have been alive — and for thousands of years before that. While rapid technological advances have sped things up considerably, work, from hunting to farming, to working in a factory, an office or a biotech lab, has always undergone change.

“Creative destruction” is a painful part of economic growth, and those frisky little robots zooming around are part of the process. For every person (so far the robots are keeping their opinions to themselves) sounding alarm bells about job loss due to technological efficiency and advancement, others like to point to future work studies, like the one done by the U.S. Department of Labor, which forecasts that 65% of the youngsters today will be employed in jobs that don’t even exist yet. While that’s of little comfort to a factory worker who just got canned because a digitally-enhanced soda can works faster than him, it does provide some light at the end of the futuristic tunnel.

Yes, factory jobs are going to become scarce. In a society as service-oriented as ours, there are lots of other jobs to be had, but of course many don’t pay a living wage. The conundrum, it seems, is how to keep people gainfully employed — at least until we reach a utopia were robots do all of the work (right before they revolt) — while balancing all of this mind-blowing tech with the need to feed our selves, and still have a sense of purpose in life. If I were a tad smarter, I‘d have already figured the answers out. Guess I’ll leave it to the future robots to sort through… 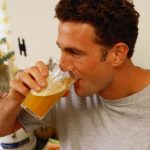 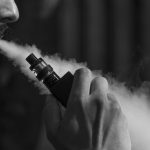 With sales of electronic cigarettes skyrocketing, Americans remain divided on whether the devices... more» 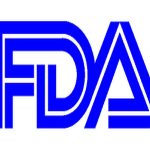 Offering both the promise of better patient compliance with health care, but also fears of a... more»