The #MeToo movement has shone the spotlight on sexual harassment in the workplace, but a new survey shows most U.S. employers aren’t tackling the issue.

The movement “has given business leaders an opportunity to finally take real action addressing a complex problem that has been pervasive for generations,” said survey author David Ballard. He is director of the American Psychological Association’s Center for Organizational Excellence.

“Our survey — as well as anecdotal reports — shows that too few employers are making comprehensive efforts that can have significant impact,” Ballard added in a news release from the association.

Ballard’s team conducted an online poll of just over 1,500 U.S. adults who had full- or part-time jobs or were self-employed. The poll showed that workers were now more likely to report sexual harassment, but many of their employers weren’t doing more to address the issue.

Only 32 percent of these workers said their employer had implemented new measures to deal with sexual harassment in the workplace. The survey, published May 15, showed that most companies simply issued reminders about sexual harassment training or resources that were already in place.

The survey found that only 10 percent of U.S. workers gained access to additional training or resources related to sexual harassment since the #MeToo movement began. Just 8 percent of workers said their company implemented tougher sexual harassment policies to crack down on the behavior. And just 7 percent of companies hosted a town hall or staff meeting to discuss the issue.

The American Psychological Association pointed out that previous research has shown that training to help workers recognize and report sexual harassment isn’t enough. These measures won’t effectively change people’s behavior or a corporate culture where sexual harassment is common.

“We know from psychological science that relying solely on mandated training designed primarily to limit the organization’s legal liability is unlikely to be effective,” Ballard said.

A more comprehensive approach that includes fair and clearly communicated policies and ongoing training is needed to help prevent sexual harassment in the workplace, the researchers added. And managers must also lead by example, showing support for a respectful corporate culture.

Companies should also hire and promote women to top leadership roles, according to the association. The survey found women in managerial positions have a positive influence on corporate culture.

In addition, employees at companies that updated their policies were more likely to recommend their company to others as a good place to work.

“Sexual harassment at work occurs within a broader context. For training to produce long-term changes, the organization’s workplace practices need to align with and support the individual attitudes and behaviors it’s trying to promote,” Ballard said.

“Leaders in a psychologically healthy workplace model civility, respect, fairness and trust,” he added. “In an organizational culture where every employee feels safe, supported and included, people can be their best, and that’s good for people and profits.”

In Praise of the White Tee 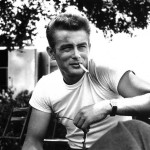 The king of white tees himself, James Dean. more»

An Expert’s Guide to a Safe Run in Cold Weather

Some people love to run no matter the season, even cold weather, and that is OK as long as you take... more»