Cannabidiol (CBD) has been receiving a lot of attention lately as a potential treatment for everything from epilepsy to anxiety. Now, researchers report it might also help curb the cravings that come with opioid addiction.

Like marijuana, CBD comes from the cannabis plant. Unlike pot, it does not produce a high.

The study included 42 men and women with a history of heroin abuse who were not current users. Heroin is an illegal opioid. Other opioids include powerful prescription painkillers such as oxycodone (OxyContin).

The researchers found that, compared to a placebo, CBD reduced drug cue-induced craving and anxiety in the participants.

“Our findings indicate that CBD holds significant promise for treating individuals with heroin use disorder,” said first author Yasmin Hurd. She is director of the Addiction Institute at Mount Sinai in New York City.

The United States is struggling with an opioid epidemic that’s claimed more than 300,000 lives since it began. Two current opioid addiction treatments are methadone and buprenorphine, which work on the same opioid receptors as heroin and other opioids.

But because these treatments carry a stigma, have their own addiction risk and are tightly regulated, millions of Americans with opioid addiction won’t use them, the study authors explained.

That’s why there’s an urgent need to find other treatments, the researchers noted.

The report was published May 21 in the American Journal of Psychiatry.

Hurd’s team is now working on two follow-up studies: one to examine how CBD affects the brain; and another to pursue development of CBD-based treatments for opioid addiction.

The American Academy of Family Physicians has more on opioid addiction. 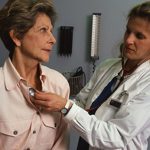 Major heart surgery does not cause significant memory decline in older patients, a new study... more»

(HealthDay News) — A concussion is a brain injury that results from an impact to the... more»

Less than half of patients with a sports-related mild traumatic brain injury (mTBI) recover within... more»