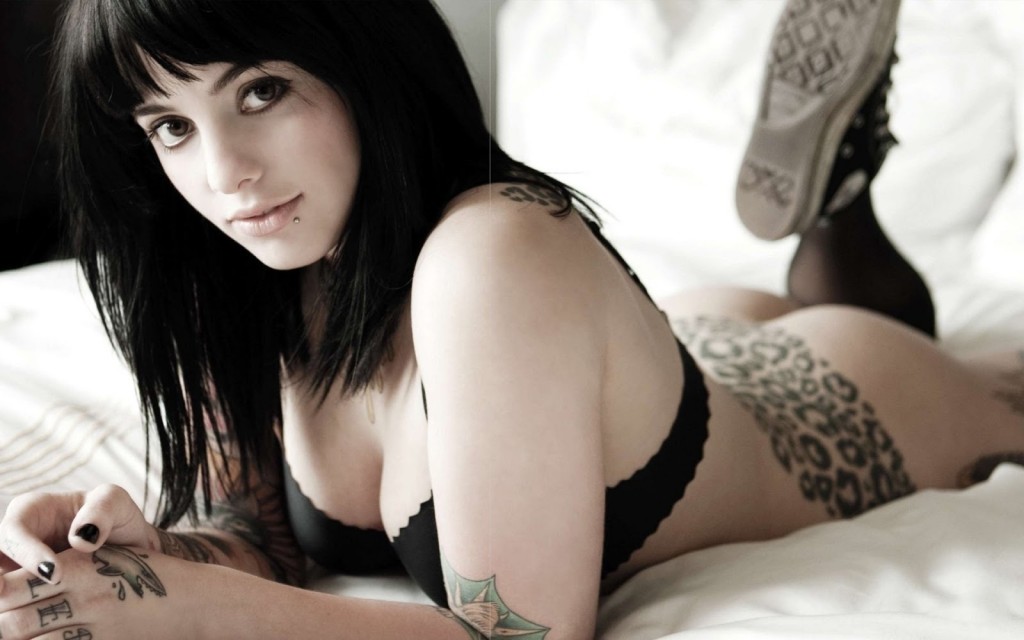 When I lived in San Francisco some years back, a film producer I knew at the time told me about a Hollywood producer who had flown up for a few days to work on a project. Apparently, the women living in San Francisco took the man aback, because they looked incredibly “natural.” After a few too many years in LA, he’d become used to seeing silicon (not the kind found in Silicon Valley, mind you) everywhere, and it was a refreshing change to spot a few girls who hadn’t gone under the plastic surgeon’s knife.

And that, I believe, is one of the keys reasons why the Suicide Girls are so appealing to so many. While men might like to look at models approximating Barbie dolls online (who buys a girlie magazine nowadays?), if you stop and think about what it would be like to spend more than a night with one of these girls in real life, it can do your head in. Even in our overactive imaginations, airbrushed and surgically enhanced pinup models seem like a lot of high maintenance. The Suicide Girls offer an attractive alternative to the world of living, perfect “dolls.”

Not sure who or what the Suicide Girls are (apologies for filling you in so late)? Well, it’s definitely not a site, or a lifestyle, or a community geared toward children. The women (and men) behind SG share the same belief: “What some people think makes us strange, or weird, or f*cked up, we think is what makes us beautiful.” It’s a place that celebrates “alternative pin-up girls” with relish. Striking photography, exotic settings (sometimes) and stunning models from across the planet that might not fit the mold elsewhere are a perfect fit for the Suicide Girls.

This LA-based group seeks out the quirky and gorgeous — and I’m all for that. Tattoos, piercings, glow-in-the dark hair, burlesque tours and varying body types, plus an assortment of different life attitudes depicted through the models’ eyes, have helped make this collective an enduring phenomenon (it’s been around for thirteen years).

Missy Suicide (not her birth name), a co-founder of SG, created a place for naked women to express themselves — and flaunt what nature and an army of tattoo artists have given them — in a nurturing environment. This isn’t pornography (no real or simulated sex scenes here). It’s simply a place where Missy Suicide — aka Selena Mooney — and Co. let women gain a boatload of confidence through photography, body art, online community groups and more.

While SG isn’t without controversy, and tackling the company and community from a feminist point of view can be a little tricky (depending on your personal politics and associations with body image, nudity, and the objectification of women), the site still offers the world an alternative take on feminine beauty. And for that, at the very least, it ought to be praised.

Within the realm of the Suicide Girls itself, there seems to be a lot of variety as to the diverse kinds of women attracted to the network. Women from all kinds of walks of life are willing to jump into a SG profile (and often out of their clothes) and partake in the alternative and titillating wonder of nonconformist beauty.

As a promotional video for potential members asks, if you’re “fed up with a tired and predictable definition of beauty,” you can spend some time with “the sexiest, most dangerous global sorority of beautiful pin-up girls that has ever existed.” Wild, nonconventional women doing… well, doing whatever they feel like doing appears to be the SG mantra — at least publicly.

Sure, there’s some artifice in all of this. It’s still a business, after all, with a bottom line (a bit of a pun there) to protect. Regardless, the Suicide Girls’ global appeal, and transformative effect on how we perceive beauty, is still going strong.

People with a history of concussion may face increased risks of certain psychological and... more»

How Race Still Matters When It Comes To Dating 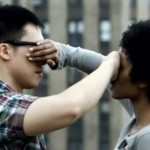 My type is whatever the hell I like. more»