Disappearing is a neat trick if you’re a magician. One minute you’re there and the next minute, poof, you’re gone. It’s what visitors in Las Vegas pay the big bucks for when they go see the likes of David Copperfield. The more frugal amongst us, however, don’t need to spend all that money just to watch someone dematerialize into a puff of smoke. No, in fact we’ve all likely been in a situation where people have literally disappeared from our lives with barely a trace. Sometimes we know why, but other times it’s as big of a mystery as the Loch Ness Monster.

Of course, if you are the one looking to sever all ties with somebody in your life, then I am here to help. Take notes, people.

It’s rather simple, but if you simply stop replying to their texts or their Facebook pokes or their voicemails, then they will soon get the message. Unless they don’t, in which case they’re probably proving why you don’t want to be friends with them anymore.

Look, almost nothing works better at getting someone out of your life than simply acting like a royal asshole towards them. Make plans and then don’t follow through. Ever. Purge those feelings, man, but don’t spread rumors and gossip because payback can be a bitch and you don’t want that former best buddy telling your mutual friends all those embarrassing sex stories you drunkenly admitted to on a night out.

Tell the person that you just feel you have grown apart as people and that you don’t think you’re on the same wavelength as people anymore. As you’ve grown older you have realised you had been holding on to memories that you don’t actually need to hang on to anymore. There’s a big difference between going out for a few beers and a chat and needing to drink just to stand being around them.

In a telling sign of the times, nothing sends a less ambiguous message about one’s feelings towards somebody than a swift click of the “unfriend” button on Facebook. Just make sure you’re not going to have to see them a day later. The same goes for Instagram and Twitter.

This one works like a charm, although it can also backfire like crazy. Nothing can eradicate a friendship (between a man and a woman, at least) faster than awkward, inappropriate sex. Parlay those beers into bedroom freakiness and you have a rock-solid excuse for never wanting to see them again (naked or otherwise). Of course, just be careful they don’t get unduly attached. Note: this doesn’t typically work as well for gay men.

Tell Them They are Amazing

This is more for those romantic entanglements you don’t want to have to deal with anymore.

Look, who hasn’t had a situation like this? You know the one. The one where you think you’re complimenting somebody by telling them they’re great, and sexy, and fun, and that maybe you’d like to go beyond mere late-night booty calls and all-night gab-fests only for it to have the complete opposite effect and make them think you’re obsessive and desperate? It’s almost as if actually admitting that you would like to think of somebody as more than just as nighttime convenience is the biggest repellent of all. Tell them how amazing they are and they’ll be frightened away almost instantaneously. The government could spend trillions of dollars on scientific research into this phenomenon of ‘slowing one’s roll’ and still not be able to figure it out.

Do as Chandler Bing does and simply fake moving to a Middle Eastern country. What could possibly go wrong?

What Is the Heart-Healthy DASH Diet? 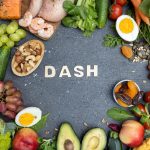 An Expert’s Guide to Keeping Bad Dreams at Bay

If you’re having nightmares during these stressful times, rest easy: A sleep expert says... more» 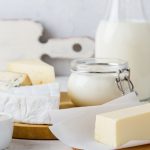 Dairy foods have been getting a lot of attention from researchers in recent years, notably from... more»