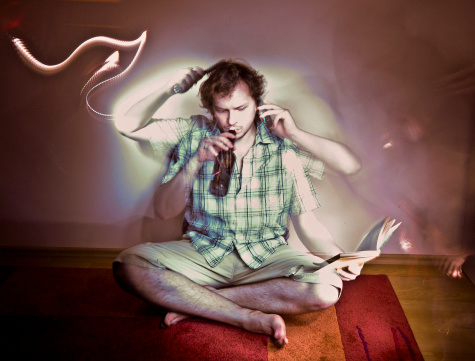 An acquaintance recently told me that he once attempted to watch two TV shows at once. He picked a comedy and a thriller and turned both on simultaneously. Apparently, his goal was to completely comprehend two entirely different narratives at the same time. Whether it’s ridiculous or thought-provoking, this eye-splitting exercise got me thinking: Does multi-tasking truly benefit us? Are we more productive and efficient if we are completing several tasks at once? Or are we merely creating an atmosphere of productivity in a sea of dissonant thoughts?

Multi-tasking was a buzzword in the ’90s. A phrase that was synonymous with forward-thinking work ethics. Daytime talk shows expounded upon its ability in getting a home or business in order. Someone who washes dishes while watching TV and talking to their lawyer on the phone must be an incredibly capable individual, right? Maybe.

Some people multi-task out of necessity. A mother watching her child playing in the yard while turning beef patties on a barbecue grill is carefully doing two tasks to the best of her ability. You know, however, that the majority of her attention resources will be focused on making sure her little tyke doesn’t poke her own eye out with that toy hoe. After all, a child’s safety hangs in the balance. But what about a job in which someone must multi-task purely due to a lack of resources, such as a drive-thru employee taking an order while preparing a meal? No one would question that employee’s resolve, but it is the idea of productivity that is in question here. you can bet your bottom dollar that if that employee had to choose between making sure your order is one-hundred percent accurate and keeping the line in the drive-thru lane moving, your poor burger is the first thing that’s going to suffer. The expression “jack of all trades, master of none” has some hazy relevance here.

There is a clear difference between being productive and looking productive (even to one’s self). An office employee can easily appear productive. You scour through a few spreadsheets, write down a few notes, and you’re a model member of the team. Actually being productive looks quite similar, but the results are vastly different.

Similar to an employee procrastinating yet looking busy, so many of us surround ourselves with activities, tasks, games, shows and stories in the belief that we are challenging our mind (which we are) and improving our multi-tasking skills (a premise which is questionable at best). The expression goes that it takes 10,000 hours to master a skill or craft. That’s not 10,000 hours of also watching TV and texting while mastering a skill. Although we are convinced that we are able to carry out numerous tasks at once, the ultimate reality is that we are shattering our attention spans and attempting to reconstruct them with more stimuli, using the label “multi-tasking” as a magical masking tape to put all the pieces back together.

If something is worth doing, it’s worth doing with all your energy and resolve. A convergence of sounds and messages and shows is not productivity or accomplishment. It’s roadblocks between lanes where things get done and people go places. 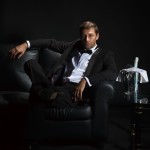 When men were gentlemen. more»