“The next couple of weeks are going to be critical in our ability to address those surges that we are seeing in Florida, in Texas, in Arizona and other states,” Fauci told members of the House Energy and Commerce Committee, The New York Times reported.

He noted that the country is still in the grip of the pandemic’s first wave, the Washington Post reported.

“That’s something I’m really quite concerned about,” Fauci testified. “A couple of days ago, there were 30,000 new infections. That’s very disturbing to me.”

On Tuesday, the United States recorded 34,700 new cases, the highest total since April 25, according to the Associated Press. New coronavirus cases have surged to their highest level in two months and are now back to where they were at the peak of the outbreak, the wire service said.

During their testimony before Congress on Tuesday, Fauci and Dr. Robert Redfield, director of the U.S. Centers for Disease Control and Prevention, also warned of a perfect storm that could be unleashed this winter, when the flu season will intersect with the coronavirus pandemic, producing what Fauci described as “two respiratory-borne infections simultaneously confounding each other.”

A third U.S. health official expressed similar worries during his testimony before the committee.

“I am very cautious and I don’t still don’t sleep well at night,” Adm. Brett Giroir, the assistant secretary for public health, told the committee, “because we have a long way to go.”

The soonest that a coronavirus vaccine will be ready is the end of this year or early 2021, Fauci testified. He said he was “cautiously optimistic” about meeting it, the Times reported.

In the meantime, Redfield had one piece of advice for Americans as flu and the new coronavirus pose a double threat to Americans’ health later this year: Get a flu shot. “This single act will save lives,” Redfield testified.

Meanwhile, a new study suggests that as many as 8.7 million Americans came down with coronavirus in March, but more than 80% of them were never diagnosed, CNN reported.

A team of researchers looked at the number of people who went to doctors or clinics with influenza-like illnesses that were never diagnosed as coronavirus, flu or any of the other viruses that usually circulate in winter. There was a giant spike in these cases in March, according to the study published June 22 in the journal Science Translational Medicine.

Only 100,000 cases were officially reported during that time period, and the United States still reports only 2.3 million cases as of Monday. But there was a shortage of coronavirus testing kits at the time, CNN reported.

The team turned to CDC data collected from each state for influenza-like illness. The agency asks doctors to report all cases of people coming in for treatment for fever, cough and other symptoms caused by influenza.

“We found a clear, anomalous surge in influenza-like illness [ILI] outpatients during the COVID-19 epidemic that correlated with the progression of the [coronavirus] epidemic in multiple states across the U.S.,” the researchers wrote.

“The surge of non-influenza ILI outpatients was much larger than the number of confirmed cases in each state, providing evidence of large numbers of probable symptomatic COVID-19 cases that remained undetected,” they added.

“The findings support a scenario where more than 8.7 million new SARS-CoV-2 infections appeared in the U.S. during March and estimate that more than 80% of these cases remained unidentified as the outbreak rapidly spread,” said Justin Silverman, of Penn State University, and colleagues, CNN reported.

Meanwhile, White House Trade Advisor Peter Navarro said that the federal government was working to replenish the national stockpile of medical equipment and supplies in preparation for another surge of the virus this fall.

“We are filling the stockpile in anticipation of a possible problem in the fall,” Navarro told CNN. “We’re doing everything we can.”

Reimposing prior precautions could turn some states’ rising numbers around, experts say.

Dr. Peter Hotez, of the Baylor College of Medicine in Houston, said, “I don’t see any option other than to start re-implementing significant levels of social distancing.”

Hotez told CNN, “Things opened up prematurely. We didn’t complete that social distancing period that we needed to do, and now we’re seeing this very sharp acceleration.”

By Wednesday, the U.S. coronavirus case count passed 2.3 million as the death toll passed 121,000, according to a Times tally.

There was some good news last week, however. Researchers at Oxford University in England announced that dexamethasone, a widely used, low-cost steroid, appears to cut the death rate for ventilated COVID-19 patients by one-third. It also lowered the death rate for patients who require oxygen (but are not yet on a ventilator) by one-fifth, the Times reported.

“Bottom line is, good news,” Fauci, who directs the U.S. National Institute of Allergy and Infectious Diseases, told the AP. “This is a significant improvement in the available therapeutic options that we have.”

On Thursday, another weekly batch of new jobless claims suggested that the damage the pandemic has wrought on the U.S. economy may be slowing. Roughly 1.5 million people filed for state unemployment insurance — bad news, but at least a decline from the 6 million claims seen in a single week in March. More than 45.7 million claims have been filed over the past 13 weeks, NPR reported.

Meanwhile, the search for an effective vaccine continues. The U.S. Department of Health and Human Services (HHS) has said that it would provide up to $1.2 billion to the drug company AstraZeneca to develop a potential coronavirus vaccine from Oxford University, in England.

The fourth, and largest, vaccine research agreement funds a clinical trial of the potential vaccine in the United States this summer with about 30,000 volunteers, the Times reported.

The goal? To make at least 300 million doses that could be available as early as October, the HHS said in a statement.

The United States has already agreed to provide up to $483 million to the biotech company Moderna and $500 million to Johnson & Johnson for their vaccine efforts. It is also providing $30 million to a virus vaccine effort led by the French company Sanofi, the Times reported. Moderna said a large clinical trial of its vaccine candidate could begin in July.

Elsewhere in the world, the situation remains challenging.

Even as the pandemic is easing in Europe and some parts of Asia, it is worsening in India. The country has loosened some of the social distancing enacted in the world’s largest lockdown, even as cases surge. As of Wednesday, India had over 456,000 cases, a Johns Hopkins tally shows.

Brazil has also become a hotspot in the coronavirus pandemic, with over 1.1 million confirmed infections by Wednesday, according to the Hopkins tally. U.S. President Donald Trump has issued a ban on all foreign travelers from Brazil because of the burgeoning number of COVID-19 cases in that country, CNN reported.

Cases are also spiking wildly in Russia: As of Wednesday, that country reported the world’s third-highest number of COVID-19 cases, at over 606,000, the Hopkins tally showed.

Worldwide, the number of reported infections passed 9.2 million on Wednesday, with almost 478,000 deaths, according to the Hopkins tally. 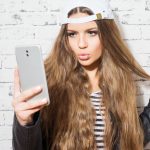 Narcissism is not a good look at any age, but new research suggests it fades as people enter their... more»

Keeping Harmony in the Family During Coronavirus Pandemic

The coronavirus pandemic has families spending plenty of “quality time” together, but... more»