A once-monthly injection of the opioid addiction drug buprenorphine has been approved by the U.S. Food and Drug Administration.

“Millions of Americans are suffering from addiction to opioid drugs, and millions more are worried that the overdose epidemic could claim the lives of a friend or loved one,” FDA Commissioner Dr. Scott Gottlieb said Thursday in an agency news release.

“We need immediate actions to help those suffering from an opioid use disorder transition to lives of sobriety,” he added.

The new dosage provides patients with “access to a new and longer-acting option for the treatment of opioid addiction,” Gottlieb noted.

The United States is in the grip of an opioid epidemic, with the number of overdose deaths quadrupling between 2000 and 2015, according to the U.S. Centers for Disease Control and Prevention.

And Johns Hopkins researchers recently reported that deaths from drug overdoses rose from about 52,000 in 2015 to more than 64,000 in 2016. Most of those deaths involved opioids, including prescription pain medications such as fentanyl and oxycodone (Oxycontin), as well as the illegal drug heroin.

Hence, the need for more and better treatments.

There are three FDA-approved drugs for treatment of opioid addiction: buprenorphine, methadone and naltrexone.

“Everyone who seeks treatment for an opioid use disorder should be offered access to all three options. This allows providers to work with patients to select the treatment best suited to a patient’s individual needs,” Gottlieb said.

However, many Americans with opioid addiction don’t receive treatment.

The FDA is taking steps to encourage the development of new medications to treat opioid addiction, as well as improved versions of existing drugs. The agency is also trying to promote wider use of the medicines in opioid treatment programs, Gottlieb said.

The American Academy of Family Physicians has more on opioid addiction.

Bring Back The Traditional Handshake. PLEASE. 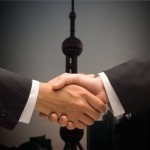 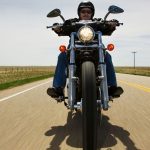 Motorcycle crashes are far costlier than car accidents, both in lives lost and in medical expenses,... more»

The Fight of the Century? Really? 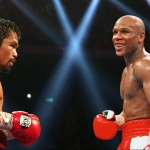 I want my money back. more»