While some politicians are snubbing science, the American public is choosing to do the opposite, a new study suggests.

“In the context of debates regarding the loss of trust in experts, what we show is that in actual fact, when compared to a government working group, the public in the U.S. and U.K. judge scientists very favorably,” said study author Magda Osman.

“This means that the public still [has] a high degree of trust in experts, in particular, in this case, social scientists,” she added.

Osman is with Queen Mary University of London’s School of Biological and Chemical Sciences.

The findings, which stem from three large experiments, were published July 11 in the journal Basic and Applied Social Psychology.

For the study, the scientists presented volunteers with public health guidance presented either by experts or by government officials. Some of the ideas were real and had been implemented, such as using catchy pictures in stairwells to encourage people to take the stairs. But others were outlandish, such as suggesting that stirring coffee counter-clockwise for 2 minutes would ward off cancer.

What did the research team find? Trust was higher for scientists than for government officials, even when the ideas being proposed were fictitious.

“For example, people were more likely [to] trust the health benefits of coffee stirring than exercise if the former was recommended by scientists and the latter by government,” she explained.

“Overall, the public make[s] pretty sensible judgments, and what this shows is that people will scrutinize the information they are provided by experts, so long as they are given a means to do it,” Osman said.

“So, before there are strong claims made about public opinion about experts, and knee-jerk policy responses to this, it might be worth being a bit more careful about how the public are surveyed in the first place,” she concluded.

The Pew Research Center has more on public trust in science.

Health Tip: Speak With Your Doctor if You Aren’t Sleeping Well 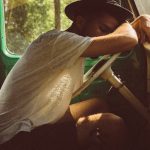 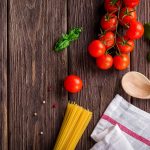 (HealthDay News) — If you have diabetes, it’s important to make every food decision... more» 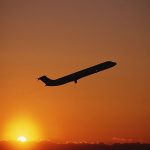