Astronauts on space missions to Mars may need more germs on the ship with them to stay in good health, a new study suggests.

As scientists prepare for a mission to Mars in the coming decades, the health and safety of astronauts is a top priority. In this new research, scientists honed in on the microorganisms that would be living in close quarters with crews aboard spacecraft.

Researchers from Germany, the United Kingdom and Austria, led by the German Aerospace Center, enlisted a crew of six male “Marsonauts.” They lived inside a mock spacecraft in Moscow from June 2010 to November 2011.

During the mock Mars mission, the researchers monitored how the composition of bacteria changed over time. What they found was that the diversity of germs dropped dramatically during the equivalent of a space flight to Mars.

“Until now, little was known about the influence of long-term confinement on the microorganisms that live inside habitats that may one day be used to travel to other planets, and whether the structure of the microbiota changes with time,” said study author Petra Schwendner, from the University of Edinburgh.

“Ours is the first comprehensive long-time study that investigates the microbial load, diversity and dynamics in a closed habitat — a mock-up spacecraft — for 520 days, the full duration of a simulated flight to Mars,” she said.

During the mock mission, the crew never left the closed habitat. They were also subjected to a regimented lifestyle that future Mars astronauts will face. This involved a strict diet and schedule, which included cleaning the habitat and conducting scientific experiments.

The crew also collected 360 microbial samples from the air and various surfaces at 18 intervals.

The study showed communal areas, sleep areas, the gym, and the bathroom had the greatest volume and diversity of bacteria while the medical space had the least.

The researchers noted, however, that microbial diversity aboard the “spacecraft” declined dramatically during the mission.

The findings were published Oct. 3 in the journal Microbiome.

“In addition to potential health risks for the crew, some of these microorganisms could have a negative impact on spacecraft, as they grow on and might damage spacecraft material,” Schwendner said in a journal news release.

“To ensure the systems’ stability, countermeasures may be required to avoid development of highly resistant, adapted microorganisms, and a complete loss of microbial [germ} diversity,” she said.

The crew was the main source of human-associated bacteria within the habitat, but the prolonged confinement seemed to have the most significant effect on the bacterial community, the researchers found.

The study authors suggested their findings provide insight on habitat maintenance and could help scientists develop strategies to ensure a healthy environment for astronauts during future deep space missions.

NASA has more information on the effects of space travel on the human body.

(HealthDay News) — Ankle sprains can occur when the ankle is rolled, twisted or turned the... more»

Which Foods Are the Best Sources of Dietary Fiber? 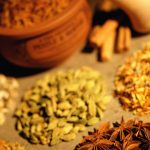 The more we learn about fiber, the more important the recommendation to get enough of it... more»

Plastic Surgery Pays Off for Men 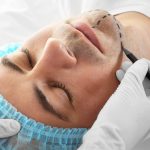 Plastic surgery is no longer the sole domain of women, and men now have even more incentive to try... more»