Do you sometimes feel weighed down by guilt?

Guilt over unethical behavior is so powerful that it can make you feel as though you’ve gained weight — even when your actual weight stays the same, according to a study by U.S. and Canadian researchers.

Guilt is an important emotion. Appropriate guilt helps you recognize when you’ve made a mistake, and stops you from making the same mistake again. But sometimes we feel guilty even though we’ve done nothing wrong, and there is no misstep to think about or fix.

If you’re feeling guilty, figure out whether it’s healthy and appropriate. If it is, the next step is to take action. The sooner you apologize or correct what you did wrong, the faster the guilt will go away. Once you’ve done this, it’s important to recognize that you can’t change the past — you need to let it go. As you move forward, try to learn from the experience so you won’t repeat it.

If you didn’t actually do anything wrong, and there’s nothing to correct, try to figure out why you feel guilty about something that wouldn’t bother most people.

The bottom line: Realize that no one is perfect, and everyone makes mistakes. But you can take steps to move past them.

Futurity.org has more on the guilt study and how guilt can weigh on people. 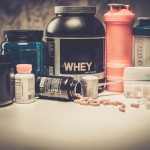 The only supplement you need is dedication. more»

What Food Gets People’s Attention? Junk Food, by Far 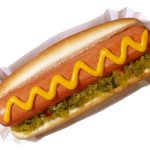 If cookies, pizza and potato chips seem to pull you in, you’re not alone. A new study finds... more»

Swiped: A Summary Of Dating Media 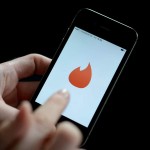