(HealthDay News) — Glucosamine has long been used as a supplement to help ease the joint pain of arthritis, but new research suggests its anti-inflammatory properties might also lower heart disease risk.

The finding stems from a lifestyle survey involving more than 466,000 British men and women. None had been diagnosed with heart disease when they were first polled between 2006 and 2010.

Nearly one in five said they had been taking glucosamine. After an average tracking period of seven years, taking the supplement was associated with a 15% lower risk for heart disease overall. Though a cause-and-effect link was not proven, glucosamine was also tied to a drop of between 9% and 22% for experiencing coronary heart disease, stroke, and/or a heart disease-related death.

“Glucosamine is an amino sugar, and a natural compound found in cartilage, which is the tough tissue that cushions joints,” explained study author Dr. Lu Qi. He is director of the Tulane University Obesity Research Center, in New Orleans. “To my knowledge, people take glucosamine mainly through supplements, and therefore, not in significant quantities through diet.”

As to his team’s findings, Qi described the association as “moderate, but significant.”

“I am a bit surprised but not very much, because previous studies from humans or animals have shown that glucosamine may have protective effects on inflammation, which is a risk factor for cardiovascular disease [CVD],” Qi said. “In addition, glucosamine use may mimic effects of a low-carbohydrate diet, which has been also related to lower CVD risk.”

But, “I would say to wait for more evidence before making any recommendation,” Qi cautioned.

In the United States and Australia, glucosamine is sold as a dietary supplement without prescription, and without the kind of regulatory oversight and safeguards that govern prescription or over-the-counter medicines.

In the new survey, respondents were asked to provide information on an array of lifestyle choices, including diet, medication use, alcohol habits and smoking status. Age, gender, race and household income were also factored into the equation.

Glucosamine’s association with diminished heart disease risk held up even after accounting for all such factors, the study authors said.

The findings were published online May 14 in the BMJ.

But the finding was met with a healthy dose of skepticism from Dr. Gregg Fonarow, co-director of the preventative cardiology program at the University of California, Los Angeles.

Fonarow noted that the findings are based on survey responses, rather than a clinical trial tracking cardiovascular results among supplement users versus non-users.

“Observational studies for multiple different dietary supplements have produced similar types of findings, only to then be tested in large-scale, randomized clinical trials which failed to confirm any benefits,” Fonarow explained.

For now, the bottom line is that “there is not a sufficient evidence basis to recommend glucosamine supplements for cardiovascular benefit,” he added.

Fonarow’s advice: “Those wishing to lower their cardiovascular event risk should follow current guideline recommendations to not smoke, be physically active, and maintain a healthy blood pressure, cholesterol levels, and body weight.”

To learn more about dietary supplements, visit the U.S. Food and Drug Administration. 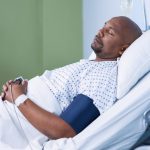 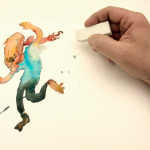 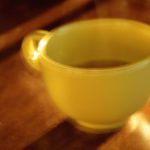 Fun alternatives may also pour on the health benefits more»