An imbalance in the gut “microbiome” of people with lupus may be driving the chronic autoimmune disease as well as its flare-ups, new research suggests.

The microbiome is the trillions of helpful bacteria that coexist in the human digestive tract and elsewhere in the body.

Comparing gut bacteria from lupus patients with bacteria from their healthy peers, scientists learned those with lupus had about five times more of the bacteria known as Ruminococcus gnavus.

The discovery may lead to better treatments for lupus, which can damage the skin, joints and organs, study author Dr. Gregg Silverman said.

“The idea that we might find in some patients that their disease is being worsened by bacteria in their intestine may mean we [find] much more benign therapeutic approaches,” he added. “This is something I’m excited about because I think it really relates to the health and well-being of patients and people.”

Lupus affects an estimated 5 million people worldwide, according to the Lupus Foundation of America. The cause of the sometimes-fatal disease is unknown, though genetics are believed to play a role. Symptoms can vary and include joint and muscle pain, rashes, hair loss, fatigue and swelling in various body areas.

The gut microbiome is perhaps the most studied of the bacterial communities in the human body. It’s been linked in scientific research to various diseases and immune system function.

For the new study, Silverman and his colleagues analyzed blood and stool samples from 61 women with lupus for bacteria content and immune proteins called antibodies, which develop to fight bacteria and other pathogens. The researchers compared these findings with 17 healthy women of similar ages and racial backgrounds.

In addition to the marked increase in R. gnavus bacteria among lupus patients, the bacteria correlated with a high level of antibodies in these patients, the findings showed.

The results also indicated that disease flare-ups — which can include skin rash, joint pain or even severe kidney problems that require dialysis treatments — were linked to increases in R. gnavus bacteria and antibodies.

Silverman now believes that a “leaky gut” that allows bacteria to escape from the intestines might serve as an immune system trigger of lupus.

“It’s even more challenging now to actually figure out how to use this [information] to make better diagnostic tests and therapies for people” with lupus, Silverman said, adding that specific tests and treatments based on the findings might be available within one to three years.

Dr. David Pisetsky is a professor of medicine at Duke University School of Medicine in North Carolina, and wasn’t involved in the new research. But he said the study provided new knowledge and “is a different way of thinking about the relationship of an autoimmune disease to exposure to bacteria.”

Perhaps antibiotics, which kill bacteria, or probiotics, which promote the growth of certain beneficial bacteria, can be used instead of hard-hitting immune-suppressant drugs to help treat lupus, he said.

“There’s a growing understanding of the importance of the microbiome in human health and disease,” added Pisetsky, who is on the scientific advisory board for the Lupus Research Alliance.

The study was published online Feb. 19 in the journal Annals of the Rheumatic Diseases.

Find out more about lupus from the Lupus Foundation of America. 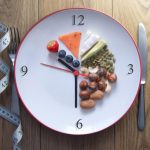 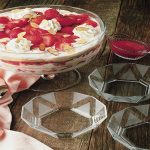