Here are some of the latest health and medical news developments, compiled by the editors of HealthDay:

John Glenn, a famed astronaut who was the first American to orbit the Earth, died Thursday. He was 95.

Glenn, who went on to a distinguished career as a U.S. Senator from Ohio, had heart valve replacement surgery in 2014, CNN reported.

“The Ohio State University community deeply mourns the loss of John Glenn, Ohio’s consummate public servant and a true American hero. He leaves an undiminished legacy as one of the great people of our time,” Drake wrote.

Glenn made his historic space flight in 1962, before serving as a Senator for 24 years.

A record number of Americans died from drug overdoses in 2015, according to a U.S. Centers for Disease Control and Prevention report.

Rates for 8 of the 10 leading causes of death rose last year, which caused life expectancy in the U.S. to decline for the first time in more than 20 years, the AP reported.

The leading cause of death was heart disease.

Health Tip: Exercise Can Be a Brain-Booster

For Men Who Hate To Shop 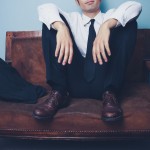 Do it all from the comforts of the couch. more» 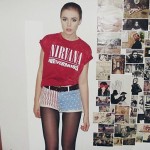