Raising one particular tax just might have a public health benefit.

In the United States, those taxes have not kept pace with inflation, which could limit their public health benefits, researchers report.

In inflation-adjusted dollars, the average state alcohol excise tax has fallen by 30 percent for beer, 27 percent for wine and 32 percent for spirits since 1991, the new study found.

The average state excise tax on alcohol is 3 cents for a 12-ounce beer, 3 cents for a 5-ounce glass of wine, and 5 cents for a typical shot of liquor, according to the report published in the January issue of the Journal of Studies on Alcohol and Drugs.

Raising those taxes not only could help states raise more revenue, but also might improve alcohol-related public health issues and costs related to excessive drinking, the researchers suggested.

Excise taxes are applied to beer sales in all 50 states, and on wine and spirits in most states.

“The most important finding here is that alcohol excise taxes are incredibly low,” the study’s lead author, Dr. Timothy Naimi, said in a journal news release. He’s an alcohol epidemiologist at Boston Medical Center and an associate professor at the Boston University School of Medicine.

“In several states, the price is so low that it rounds to zero pennies — basically no excise tax at all,” Naimi said.

When it comes to alcohol-related problems, “no policy has a better track record of effectiveness than do alcohol taxes,” he added.

“There’s very strong evidence that raising prices through taxes or other means — making it a little less cheap — has lots of possible benefits,” Naimi said.

“For people who are drinking a lot, it has a surprisingly big impact on consumption and related harms,” he said. “Raising taxes could help solve state budget problems and is a great way to raise revenue. A lot of people would cast it as a win-win.”

Each year, excessive alcohol consumption causes 88,000 deaths and $249 billion in costs in the United States. However, when the cost of a drink rises by 10 percent, people drink 5 to 6 percent less, the study authors said. 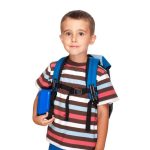 A well-organized backpack helps ensure that your child has everything needed for school. Problems... more»

Anger a Threat to Health in Old Age 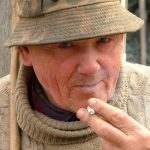 The loss of loved ones can hit the elderly particularly hard, but a new study suggests it’s... more» 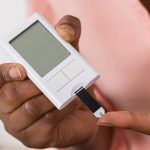 Diabetes has been tied to a number of complications such as kidney disease, but new research has... more»