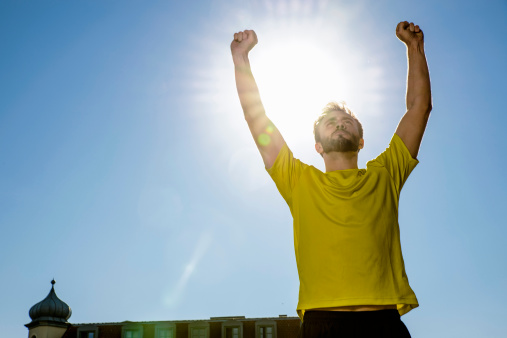 I’ve been seeing this question often of late, and I’ve also seen my social media feeds inundated with photos and descriptions tagged #100happydays. They’re the result of an initiative by the 100 Happy Days Foundation to get people to submit a photo a day for 100 consecutive days showing something that has made them happy.

The foundation’s website reads: “We live in times when super-busy schedules have become something to boast about. While the speed of life increases, there is less and less time to enjoy the moment that you are in. The ability to appreciate the moment, the environment, and yourself in it, is the base for the bridge towards long-term happiness of any human being.”

Challenge accepted. But instead of taking pictures, I wrote about my happy moments. I’m halfway there.

1. I woke up without a hangover, despite ingesting two bottles of wine and maybe 10 episodes of Everybody Loves Raymond.
2. Went out drinking last night and woke up hung over. This may seem like something that would make me unhappy, but after all those shots of Jameson I’m just happy to have woken up at all.
3. I didn’t get into a fight with anyone today.
4. My Klout score went up one whole point.
5. When I was running home from work, I passed Adrian Grenier. I held my hand up for a high-five and he slapped it!
6. I slept for six hours straight without waking up to urinate once.
7. I didn’t finish last in my fantasy league, so now I don’t have to plan the draft next year.
8. I sh**t my pants at Dunkin Donuts but then got a new freelance gig only hours later! Talk about a turnaround. (Plus, I still ended up getting Dunkin Donuts.)
9. I “accidentally” took molly and then went to a rave, where I made out with a pretty girl the entire six hours I was there (in between gulps of water).
10. I ate dumplings for dinner.
11. I ate dumplings for dinner again.
12. Had some dumplings left over, so I ate them for breakfast and then I had fried wontons for dinner.
13. Went to the doctor and was surprised to find that my cholesterol and blood pressure levels are normal.
14. I went for a run further than two miles and didn’t die.
15. The Durex condom company tweeted at me.
16. I was able to install my window air conditioning unit without hurting myself or anyone else.
17. Nobody unfriended me on Facebook today!
18. This afternoon, I messaged two girls on Tinder and BOTH responded!
19. I met Neil Gaiman. He signed a photo for me. I did not pass out.
20. Gave a first listen to the new Conor Oberst record today, and he doesn’t seem all that depressed anymore. It gave me hope for my own future.
21. I didn’t hear even a small part of that annoying “Happy” song today.
22. Woke up from a dream that I was living in my old hometown and working at a gas station to find that neither of those things are happening to me in real life at present.
23. Came to the sudden realization that I am an adult with very little real responsibility and can mostly do whatever I feel like doing.
24. My brother told me my sister-in-law is pregnant.
25. It has started to set in a little bit more that I am going to be an uncle.
26. I made some new friends on my first day of school.
27. Discovered that Calvin & Hobbes treasuries are available in e-book form and purchased them all.
28. First thunderstorm of the season! Doesn’t make everyone happy, but I have reverse seasonal depression disorder.
29. Watched the original Star Wars trilogy, stopping only to urinate.
30. Realized there have been no mice or rats in my apartment in a while!
31. Had sex. With a girl!
32. Had sex again. First squirter ever!
33. While lotioning this morning, I found zero signs of eczema.
34. Cooked a mean stir-fry.
35. Ate 30 chicken wings. AT BRUNCH.
36. Successfully sabered a bottle of champagne.
37. Re-watched The Notebook. Always a treat.
38. My grandpap won big at the casino and hooked me up with a little flow.
39. Kissed a girl on the mouth.
40. Bought a new camera I hope to use for sex tapes.
41. Shaved in a mustache. It looks sexy.
42. Landed a summer internship.
43. Got hit on by a man. It was good for my confidence.
44. Went on a date with a girl I met on OkCupid and it didn’t go horribly.
45. Got in an online rumble with someone who doesn’t believe in equality. Won easily and handily.
46. Came to the conclusion that living in lamentations is no way to go about things, and decided that from now on it’s onward.
47. Got my roommate’s pet parakeet to perch on my shoulder for the first time.
48. Had zero bad dreams!
49. Got a haircut that makes me feel like a thicker-built Justin Timberlake.
50. Told myself that everything was going to be fine and actually believed it.

Why Remdesivir Might Be a Good Bet Against COVID-19

New research sheds light on why the experimental drug remdesivir might become the most powerful... more» 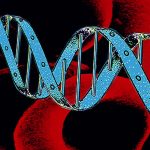 The number of new U.S. coronavirus cases topped 60,000 on Thursday, a tally not reported since... more»