Cigars are linked with victory, new babies and Winston Churchill, not nicotine addiction, but are they any better for your health than cigarettes?

No, say experts who point out the many dangers of cigar smoking.

Over the past few decades, through clever marketing, cigar smoking has taken on a rarified aura, with cigar bars and magazines like Cigar Aficionado devoted to a cigar-smoking lifestyle that appeals to male fantasies of power and class.

It’s also a way to relax because it is a more leisurely smoke than the frenetic rush of a cigarette.

What are cigars made of? Unlike cigarettes, they are all tobacco from the inside to the tobacco leaf wrapper. Do cigars have nicotine? Like cigarettes, they contain nicotine and the same cancer-causing compounds found in cigarettes and are not a safe alternative for smokers.

Do you inhale cigars? Some people may think that cigar smoking is less harmful than cigarettes because you don’t inhale. But even if you don’t inhale, large amounts of nicotine can be absorbed through the lining of your mouth.

Cigars can be as addictive as cigarettes because it’s the nicotine in tobacco that the body craves.

”While the production, look and consumption of cigars and cigarettes are different, they both pose serious health risks,” Dr. Edwin Lin, a hematology oncology physician at PIH Health Whittier Hospital in California, said in a statement. “One of the best ways to prevent cancer is to never start smoking and quit as soon as possible.”

Teens are prone to smoking little cigars, often sold individually and often flavored, the ALA added.

Are cigars bad for you?

Are cigars worse than cigarettes? Well, one large cigar can have as much tobacco as an entire pack of cigarettes, the ALA says.

In 2017, more than 1 million high school students (nearly 8%) and nearly 2% of middle school students smoked cigars. Nearly 50% of those kids used flavored cigars that mask tobacco’s harshness and taste, the ALA says.

By 2022, cigars were the second most commonly used tobacco product among U.S. middle school and high school students, according to the U.S. Centers for Disease Control and Prevention.

And despite the sophisticated hype linked to cigars, they are as bad for your health as cigarettes.

If you smoke cigars, you have a four to 10 times higher risk of dying from oral, esophageal or laryngeal cancer than non-smokers. And cigar smoking is also linked to gum disease and tooth loss.

Heavy cigar smoking may also increase the risk of heart disease and lung diseases, such as emphysema and chronic bronchitis, according to the CDC.

Nonsmokers are also at risk from cigar smoke, the Mayo Clinic adds. Secondhand smoke from cigars contains the same toxic chemicals as secondhand cigarette smoke. This type of smoke can cause or contribute to lung cancer and heart disease. It also increases the risk and severity of childhood asthma, ear infections and respiratory infections in children.

In 2001, the U.S. Federal Trade Commission mandated that cigar packaging and advertisements display one of the following warnings, according to the CDC:

The health effects of occasional cigar smoking aren’t clear, but the only safe level of cigar smoking is none at all, the Mayo Clinic says. Instead of choosing between cigarette smoking and cigar smoking, experts say quit tobacco entirely. 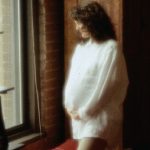 Fear of exposure to COVID-19 appears to be exacting an unexpected toll on public health: Childhood... more»