Your parents’ jobs likely had a strong influence on what you do for a living, according to a study that questions the belief in social mobility in the United States.

“A lot of Americans think the U.S. has more social mobility than other western industrialized countries. This makes it abundantly clear that we have less,” said researcher Michael Hout, a sociology professor at New York University.

He analyzed national data gathered between 1994 and 2016. Taking pay and education into account, occupations were given a socioeconomic score on a 100-point scale, ranging from 9 (shoe shiner) to 53 (flight attendant) to 93 (surgeon).

“The underlying idea is that some occupations are desirable and others less so,” Hout said in a university news release.

“Your circumstances at birth — specifically, what your parents do for a living — are an even bigger factor in how far you get in life than we had previously realized,” Hout said.

“Generations of Americans considered the United States to be a land of opportunity. This research raises some sobering questions about that image,” he said.

The study was published Sept. 3 in the journal Proceedings of the National Academy of Sciences.

The U.S. National Institute for Occupational Safety and Health outlines the health and safety risks of specific industries and occupations.

What to Know About Online Dating Sites 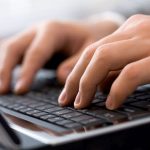 Always proceed with caution when looking for love in cyberspace more» 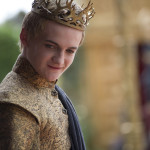