Researchers have pinpointed the cause of a vision problem affecting astronauts who have completed long-duration space missions.

The condition — called visual impairment intracranial pressure (VIIP) — has been reported by nearly two-thirds of astronauts after extended time on the International Space Station.

The astronauts experienced blurred vision and were found to have structural changes, such as flattening at the back of their eyeballs and inflammation in their optic nerves.

VIIP is caused by changes in the volume of clear fluid found around the brain and spinal cord, according to the study.

“People initially didn’t know what to make of it, and by 2010 there was growing concern as it became apparent that some of the astronauts had severe structural changes that were not fully reversible upon return to Earth,” study lead author Noam Alperin said in a news release from the Radiological Society of North America. Alperin is a professor of radiology and biomedical engineering at the University of Miami Miller School of Medicine.

Identifying the cause of VIIP is expected to aid efforts to protect astronauts during long space missions. NASA is assessing several possible preventive measures.

“If the ocular structural deformations are not identified early, astronauts could suffer irreversible damage. As the eye globe becomes more flattened, the astronauts become hyperopic, or farsighted,” Alperin said.

The findings are scheduled for presentation Monday at the annual meeting of the Radiological Society of North America, in Chicago. Research presented at medical meetings should be considered preliminary until published in a peer-reviewed journal.

NASA has more on vision impairment and intracranial pressure.

Your Eyewear and COVID-19 Safety

Coronavirus-related safety is crucial if you wear contact lenses, eyeglasses or safety... more» 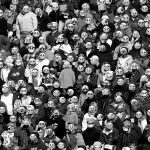