Liver cancer cases in several developed countries have doubled in the past 25 years, due to the continuing obesity epidemic and a spike in hepatitis infections, new research suggests.

Even worse, the sharp rise in liver cancer cases is starting to swamp the limited number of liver specialists in those nations, the researchers added.

In the four countries — the United States, the United Kingdom, Australia and Canada — liver cancer is the only major cancer for which death rates are rising.

“While the individual rates in these countries differ, the trends are the same,” said lead researcher Dr. Morris Sherman, from the University Health Network and the University of Toronto.

“The prospects for surviving liver cancer are bleak, so our only hope is to intervene early and prevent the cancer happening in the first place or to find early curable cancers,” he added in a health network news release.

Liver cancer incidence is highest in the United Kingdom (9.6 per 100,000 people), followed by 9.2 in the United States, 7.4 in Australia and 6.0 in Canada. The rankings are the same for liver cancer deaths.

“While the obesity epidemic is showing no signs of abating, we could make a huge impact on future liver cancer rates by investing more resources in screening and diagnosis of hepatitis B and C,” Sherman said.

“But it will take an enormous effort to find even a significant proportion of these undiagnosed patients,” he added.

New antiviral drugs cure 95 percent of hepatitis C patients who begin therapy. While such highly effective treatments are not available for hepatitis B, there are drugs that can control the infection and prevent progression to liver cancer in most cases. And new drug combinations may arrive within the next five years, the researchers said.

Obesity causes nonalcoholic fatty liver disease (NAFLD), which can also progress to liver cancer. About 20 percent of people in developed countries have some degree of NAFLD. Of these, 1 in 10 could develop cirrhosis, and 20 to 30 percent of those people could develop liver cancer. That means obesity alone is likely to lead to an overwhelming number of liver cancer cases in years to come, the researchers said.

“We are completely unprepared to deal with such an epidemic,” Sherman said. “And not only would we be submerged in the sheer number of cases, the financial considerations for the health systems in these countries would be phenomenal.

“Many of these liver cancers strike people in their 50s, when they are still of working age. So families are not only in danger of losing a loved one, but that loved one could be the main breadwinner in their family unit,” he noted.

Sherman also said that too few new liver cancer specialists are being trained in most developed countries.

The findings were to be presented Friday at the Global Hepatitis Summit, in Toronto. Research presented at meetings is considered preliminary until published in a peer-reviewed journal.

The American Cancer Society has more on liver cancer.

How Fast-Food Cues Can Lead You to Overeat 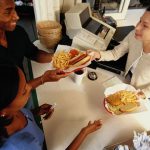 Before heading out to shop this holiday season, steel yourself for an onslaught of tempting aromas... more» 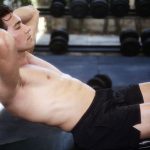 Tech Tuesday: Should You Buy the Next iPhone? 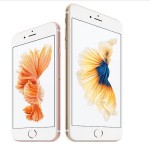 We lay it out for you. more»